Boy, this is a big day for news in the world of Star Trek books, isn't it?

According to StarTrek.com, an updated edition of The Star Trek Encyclopedia is set for release in autumn of 2016. Updated for the first time since 1999, the encyclopedia will now cover every facet of the prime universe, including Voyager, Enterprise, and Star Trek Nemesis, as well as feature an appendix covering the J.J. Abrams alternate universe. 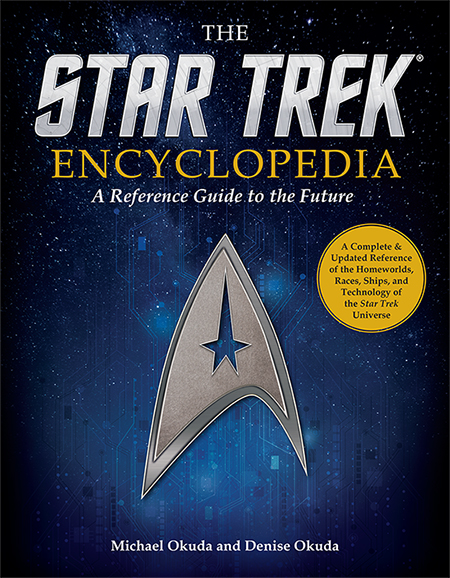 Coming in 2016 from becker&mayer!, the encyclopedia will be two hardcover volumes of Trekky goodness. Very excited to see this finally updated! As great as Memory Alpha is, I miss the days of hauling out the Trek encyclopedia to look up some obscure bit of Star Trek technology or other minutia.