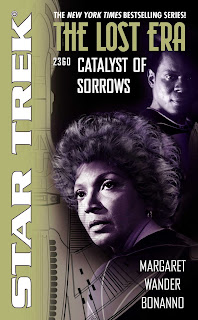 Purchase:
Mass-market paperback: Amazon.com | Amazon.ca | Amazon.co.uk
E-book (Kindle): Amazon.com | Amazon.ca | Amazon.co.uk
A Star Trek story featuring intrigue, spycraft, and off-the-books missions… with a centenarian Uhura as the head of Starfleet Intelligence! It’s the perfect blend of Star Trek and Mission: Impossible you didn’t know you needed!
In this episode of the Positively Trek Book Club, hosts Dan and Bruce discuss The Lost Era: Catalyst of Sorrows by the incomparable Margaret Wander Bonanno. We talk about the homage paid to John le Carré in this novel, a galactic pandemic, Uhura’s job, an adventure in the Neutral Zone, a ton of familiar faces, the ending of the story, and wrap up with our final thoughts and ratings. 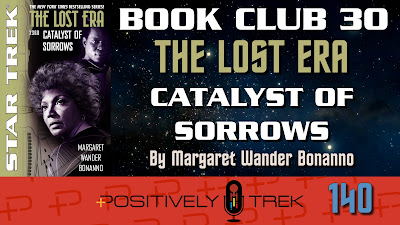 Posted by Dan Gunther at 7:07 PM No comments: 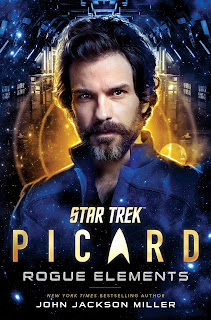 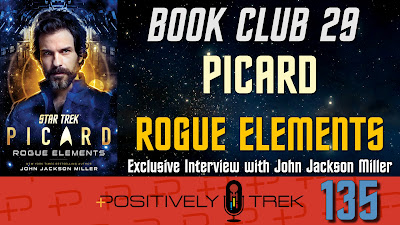 Posted by Dan Gunther at 2:04 PM No comments: 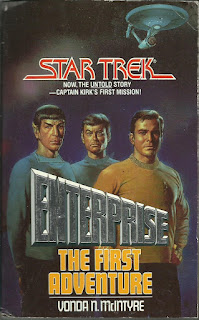 Purchase:
Mass-market paperback: Amazon.com | Amazon.ca | Amazon.co.uk
Enter the Vonda-Verse!
Back in 1966, we were introduced to the crew of the U.S.S. Enterprise in the middle of their adventures. Kirk, Spock, Bones, and the rest of the crew had already found their groove, boldly going like a well-oiled machine. But how did this crew originally come together? How did their first mission together go? This week, we take a look at a novel that strives to answer these questions!
In this episode of the Positively Trek Book Club, hosts Bruce and Dan discuss the classic novel Enterprise: The First Adventure by Vonda McIntyre, published in 1986. We discuss Kirk, his crew, a Klingon antagonist named Koronin, the Warp-Speed Classic Vaudeville Company, the mysterious “worldship,” and wrap up with our final thoughts and ratings. 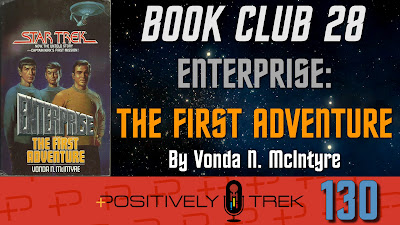 Posted by Dan Gunther at 7:56 PM No comments:

A day late, but I didn't want to skip this one! Out yesterday is the new Star Trek: Picard novel Rogue Elements by John Jackson Miller! Focusing on the captain of La Sirena, Rogue Elements features Christóbal Rios in an adventure set before Star Trek: Picard!
Check out below for the back-cover blurb and links to purchase from Amazon! 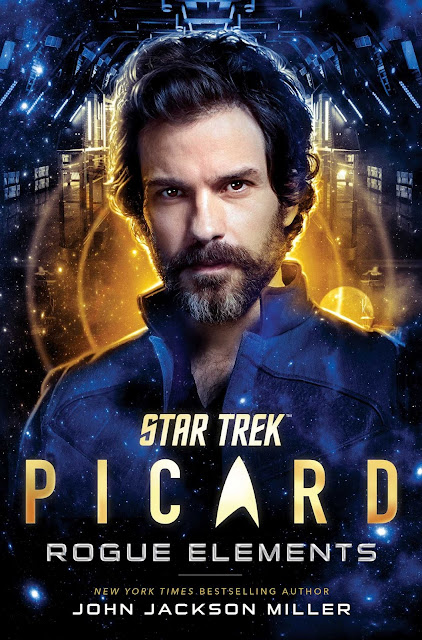 
A thrilling untold adventure based on the acclaimed Star Trek: Picard TV series!
Starfleet was everything for Cristóbal Rios—until one horrible, inexplicable day when it all went wrong. Aimless and adrift, he grasps at a chance for a future as an independent freighter captain in an area betrayed by the Federation, the border region with the former Romulan Empire. His greatest desire: to be left alone.
But solitude isn’t in the cards for the captain of La Sirena, who falls into debt to a roving gang of hoodlums from a planet whose society is based on Prohibition-era Earth. Teamed against his will with Ledger, his conniving overseer, Rios begins an odyssey that brings him into conflict with outlaws and fortune seekers, with power brokers and relic hunters across the stars.
Exotic loves and locales await—as well as dangers galore—and Rios learns the hard way that good crewmembers are hard to find, even when you can create your own. And while his meeting with Jean-Luc Picard is years away, Rios finds himself drawing on the Starfleet legend’s experiences when he discovers a mystery that began on one of the galaxy’s most important days… 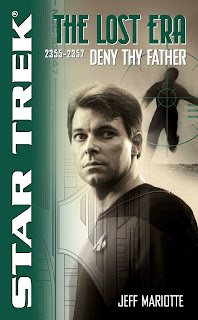 Purchase:
Mass-market paperback: Amazon.com | Amazon.ca | Amazon.co.uk
E-book (Kindle): Amazon.com | Amazon.ca | Amazon.co.uk
The Lost Era moves ever closer to the era of Star Trek: The Next Generation with this adventure featuring Will Riker and his father Kyle!
In this episode of the Positively Trek Book Club, hosts Dan and Bruce discuss Deny Thy Father by Jeff Mariotte, a novel of The Lost Era. We talk about the two Rikers, Kyle’s adventures on the run, Will Riker’s Voyage Home experience, to cheat or not to cheat, Kyle’s return, the Civil War, the importance of duty, and wrap up with our final thoughts and ratings. 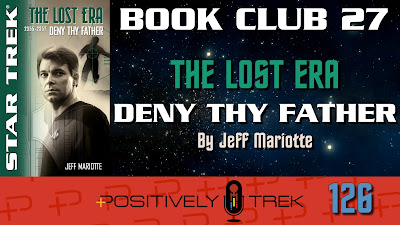 
Previous episode: The Next Generation: Shadows Have Offended
Next episode: Enterprise: The First Adventure

Posted by Dan Gunther at 7:18 PM No comments: 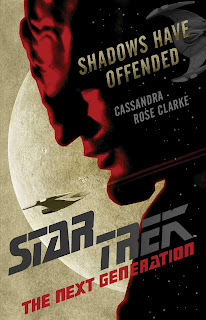 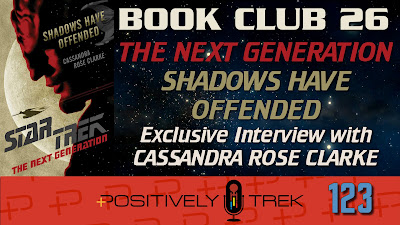 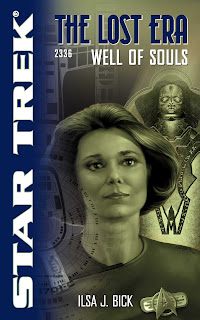 Purchase:
Mass-market paperback: Amazon.com | Amazon.ca | Amazon.co.uk
E-book (Kindle): Amazon.com | Amazon.ca | Amazon.co.uk
The Lost Era continues! It’s 2336, and these are the voyages of the Starship Enterprise-C. Everything we know about this ship and her crew in canon comes from TNG’s “Yesterday’s Enterprise.” But Captain Rachel Garrett commanded her for many years, and there are many stories to be told about those missions.
Join us for this episode of the Positively Trek Book Club as hosts Dan and Bruce discuss The Lost Era: Well of Souls by Ilsa J. Bick. We talk about the many characters both old and new in this novel, guilt and trauma, a complicated plot involving crime syndicates and secrecy, the first duty of every Starfleet officer, and wrap up with our final thoughts and ratings for Well of Souls. 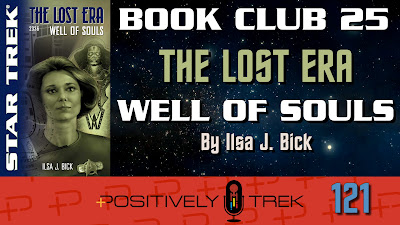 
Previous episode: The Original Series: Living Memory
Next episode: The Next Generation: Shadows Have Offended

Posted by Dan Gunther at 4:53 PM No comments: