After incalculable losses, the crew of the U.S.S. Voyager continues to battle against the forces of "Phoebe Janeway" and her army of exiles, determined to re-enter Exosia. The effects of the conflict among the Nacene threaten to spill beyond the boundaries of the Monorhan system. The very underpinning of the universe threatens to unravel thanks to the actions of the exiled Nacene, and only Voyager stands in their way!

In this episode of Literary Treks, hosts Dan Gunther and Bruce Gibson discuss the third and final book in the String Theory trilogy: Evolution by Heather Jarman. We talk about Tom & Harry's adventure in the Q Continuum, The Doctor's mission to Ocampa's past, the final showdown on Voyager, Janeway's absence in this novel, the plot elements that set us up for Voyager's future, and wrap up with our final thoughts and ratings.

At the top of the show, we judge the upcoming More Beautiful Than Death by David Mack by its cover, review issue #11 of Star Trek: Year Five, and respond to feedback from The Babel Conference for Literary Treks 304: Vulcans Do Not Cry. 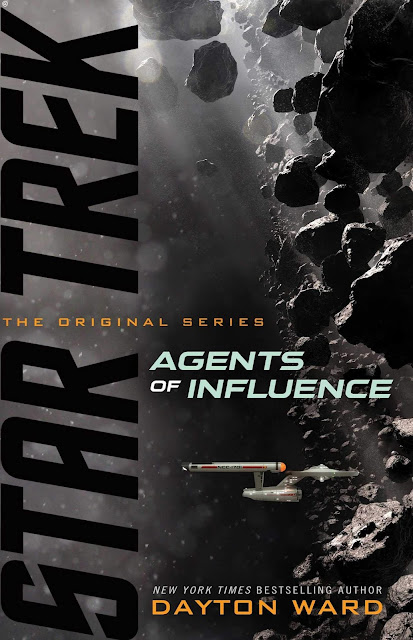 Posted by Dan Gunther at 1:27 PM No comments:

Literary Treks 304: Vulcans Do Not Cry

As Voyager continues her exploration of the Monorhan star system, they encounter a vast array orbiting a black hole. Tuvok, having been compelled to board the array, has come under the influence of a mysterious alien lifeform. Meanwhile, a powerful being in the guise of Captain Janeway's sister, Phoebe, carries out her sinister agenda aboard Voyager.

In this episode of Literary Treks, hosts Bruce Gibson and Dan Gunther discuss the second book in the String Theory trilogy, Fusion by Kirsten Beyer. We talk about Tuvok's journey, the mysterious array, the fourteenth tribe of Monorha and their role in the events unfolding, Phoebe Janeway, and the cliffhanger ending, wrapping up with our final thoughts and ratings.

At the top of the show, we discuss the results of a recent poll in our Goodreads group, review the classic DS9 comic Blood & Honor written by Mark Lenard, and respond to listener feedback from The Babel Conference for Literary Treks 303: A Pair of Legs in Sickbay.