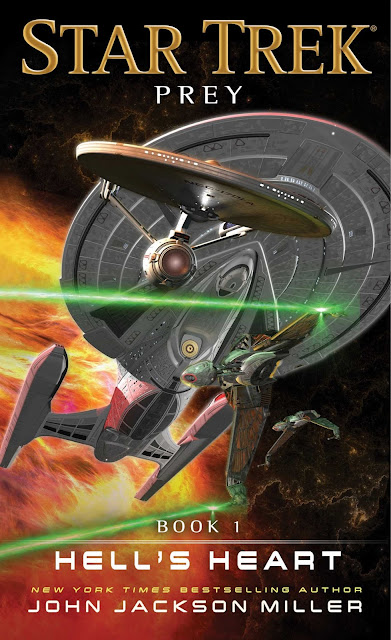 Spoilers ahead for Elusive Salvation!

When it was announced that Dayton Ward would be writing a sequel to his wonderful From History's Shadow (which I loved, I think it's fair to say), I was pretty happy. In fact, in my review of that novel, I opined that a sequel would be most welcome. However, I did wonder how he would be able to craft another story of the same style, when the previous book covered so much with regards to time travel and alien visitations during Earth's 20th century. Would there be enough material for a sequel?

This goes to show why he writes the books, and I just read 'em.

My fears were completely unfounded, and Elusive Salvation proves once again both Dayton Ward's writing acumen and wonderful imagination. He has crafted another fascinating tale, featuring the return of many of the characters in From History's Shadow, including Mestral and Wainwright. However, the true star of the story is the intrepid Roberta Lincoln, shown here at a point in her career much later than our introduction to her in "Assignment: Earth." Here, she is a seasoned veteran who is very competent and comfortable in her role, even in the absence of Gary Seven. This was a character turn that was really great to see.


Also great to see is a return to the movie-era of Star Trek. Don't get me wrong, I love five-year mission stories, but there's just something about an adventure featuring a more seasoned crew wearing the monster maroon uniforms (when they're not undercover mucking about in Earth's past). Kirk's characterization is also on point here, showing his maverick side, unafraid to jump feet first into a situation and ask permission later.


The tone that Ward is able to convey, especially during the scenes set in the past, make Elusive Salvation a really great read. The feeling of paranoia and mystery evokes the same feelings I get when I watch The X-Files; the mysterious goings-on that feel right at home to our Star Trek heroes are strange and alien to the denizens of the 20th century. This is one area in which I felt that From History's Shadow excelled a little more than Elusive Salvation, but the book comes very close to replicating that same atmosphere.

Finally, I love where Dayton leaves the story at the end. I won't spoil the last line here, but for the record, it's a doozy. It comes completely out of left field, but makes a surprising amount of sense. It has the effect of tying together the disparate worlds of 20th century black ops and secret programs with the world of the future and the United Federation of Planets. If you have read the story, you know exactly what I am talking about. If you haven't, you're in for a pretty cool surprise!

An excellent entry in Dayton Ward's body of Star Trek work, Elusive Salvation is a worthy successor to From History's Shadow. Evoking that same feeling of mystery and intrigue from a unique 20th century perspective, the story is different enough from a typical Trek adventure to truly pique my interest. With the author announcing yet another follow-up to this storyline, this time with the crew of The Next Generation, it looks as though we will be getting stories in a similar vein for at least the next little while!

Because, that last line... wow.

Next up, a Deep Space Nine novel featuring the antics of Chief O'Brien and Lt. Commander Nog: it's Force and Motion by Jeffrey Lang!