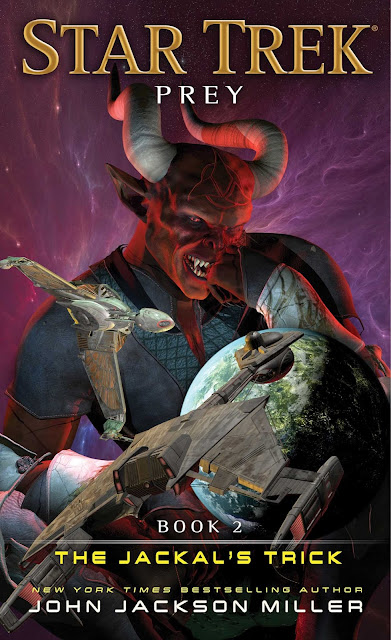 Posted by Dan Gunther at 9:11 AM No comments:

Spoilers ahead for Force and Motion!

Let me start by saying that I love Star Trek novels. I wouldn't spend so much time reading them, reviewing them, or talking about them if I didn't! However, the typical Star Trek novel format can get a little tired at times. So when a novel comes along that breaks those shackles and does something a little different, rest assured I will be all over it!

Such is the case with Force and Motion. Focusing on a secondary character we've only seen once, this novel brings back former Captain Benjamin Maxwell of the USS Phoenix from TNG's "The Wounded." Having spent a number of years in rehabilitation at the New Zealand penal colony, Maxwell has now been released and is working as a janitor on the research station Robert Hooke. It is there that he, O'Brien, and Nog get tangled in a rapidly-unfolding emergency situation.


Force and Motion uses that crisis as a backdrop for a much deeper character study. I for one love well-developed characters, and Jeffrey Lang uses this book as an opportunity to dig deep into Maxwell's character. Ever since watching "The Wounded" years ago, I've had a fascination with Benjamin Maxwell and what would make a decorated Starfleet officer "go rogue" like he did. It was the kind of story that presaged the introduction of The Maquis in Deep Space Nine. A number of Starfleet officers, such as Chakotay and Cal Hudson, would turn their backs on their Starfleet duties to fight the Cardassians, but none with quite the flourish that Maxwell did, with the firepower of a Nebula class starship at his disposal.

I loved the scenes depicting his rehabilitation, with the author delving into Maxwell's past to show how he has gotten to where he is now. With the help of a Dr. Gunther (whose name I love for very selfish reasons), Maxwell comes to terms with his actions and eventually is able to recover. Dealing with trauma and PTSD is something that is sorely lacking in Star Trek, and I appreciated this deeper look into the mental health of 24th century humans.


I also really appreciated the flashbacks to the past of both Nog and Chief O'Brien. Nog especially had some great moments, and I couldn't help but get a little emotional at the flashback to the early days of Deep Space Nine, when Nog first sees Commander Sisko in his Starfleet uniform and is in awe. Nog's personal journey throughout the DS9 series is a favorite story of mine, and to see that terrific arc acknowledged here made me smile.

Not everyone is going to love this story. It is far outside the norm for a Star Trek novel, but to me, it was perfect. I love character studies, and Benjamin Maxwell is one of the most fascinating secondary characters on Trek. The exploration of his past, and the past of the other characters in this novel, make Force and Motion a five-star book for me.

More about Force and Motion:

Next up is my review of the first book of the year's epic new Star Trek trilogy: Legacies, Book One: Captain to Captain.