Hey everyone! We have a couple of new book covers for upcoming Trek stories to show you!

First up is the final, corrected version of Titan: Fortune of War by David Mack! Fortune of War is set for release on November 28th and will feature Riker and the crew of the Titan dealing with fallout from the events of a third season TNG episode. Check out the cover and back-cover blurb below, along with links to pre-order from Amazon! 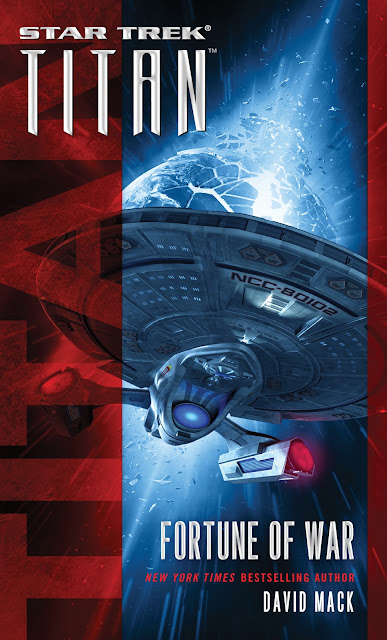 Official street date for Fortune of War is November 28th. You can pre-order it here:

A couple of weeks before Fortune of War, however, is a new Deep Space Nine e-book novella by Paula M. Block & Terry J. Erdmann: I, The Constable. This one looks really fascinating, and I can't wait to check it out! 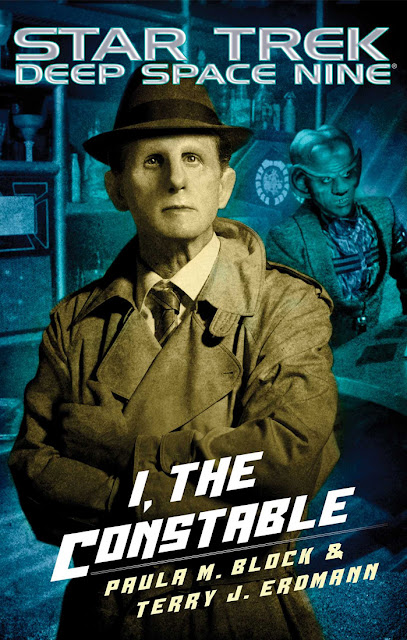 From the publisher's description:

With his Starfleet assignment temporarily on hold, Odo needs a distraction. He welcomes Chief O’Brien’s offer to loan him some of the action-packed books that both men relish: tales about hard-boiled private eyes, threatening thugs, and duplicitous dames. Then Quark suddenly goes missing during a hastily planned trip to Ferenginar. His concerned friends on Deep Space Nine feel that Odo, as the station’s former chief of security, is uniquely suited to track Quark down. But once on Ferenginar, Odo learns that Quark is trapped in the seamy underbelly of a criminal enterprise that could have been ripped from the pages of one of O’Brien’s novels. To find the bartender, Odo discovers that he must rely not only on his law enforcement background, but his knowledge of all things noir….

I, The Constable is due to be released on November 13th, and you can download it from your vendor of choice on that date! Here are pre-order links from Amazon:

Posted by Dan Gunther at 3:34 PM No comments: 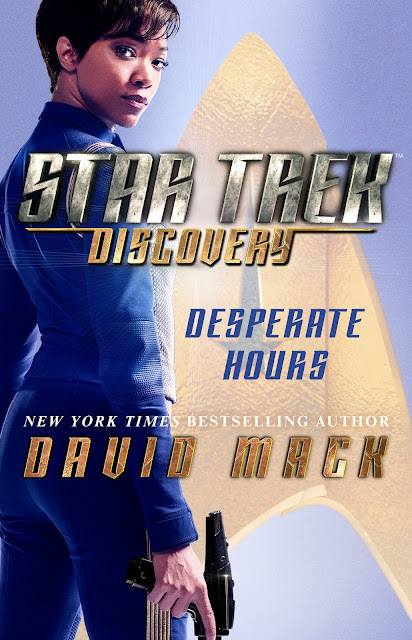 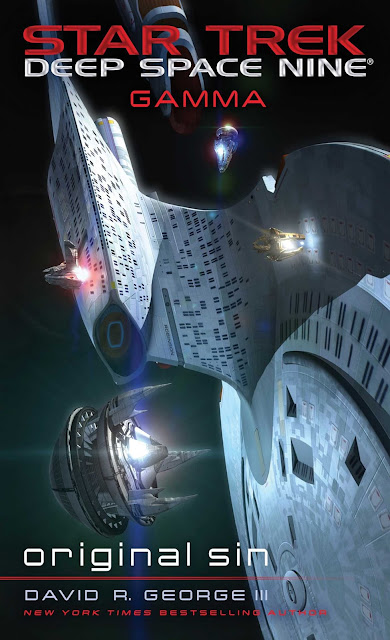 Posted by Dan Gunther at 2:01 PM No comments:

Enterprise: Rise of the Federation: Patterns of Interference
by Christopher L. Bennett

The Prime Directive: The cornerstone of Federation law when it comes to interacting with other cultures. How did this important directive come into being, and what were the intentions of the original authors of Starfleet's overriding policy? We journey back to the early days of the Federation to find out!

In the news segment, we talk about the recently revealed (and incorrect) cover for David Mack's upcoming Titan novel, Fortune of War. 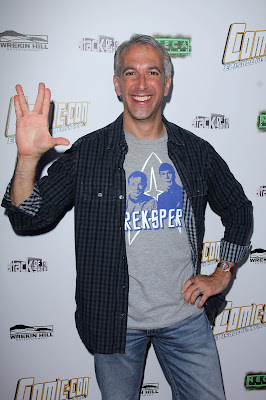 Star Trek: The Next Generation #49
The Q Continuum Book 3 of 3
Q-Strike by Greg Cox


A powerful force has been unleashed on an unsuspecting galaxy: a dangerous being who once tested the might of the entire Q Continuum. Now, it's up to Picard and his crew, along with Q and his family, to thwart this enemy and keep the galaxy as we know it from complete and utter destruction.

In this episode of Literary Treks, hosts Bruce Gibson and Dan Gunther are again joined by The Edge and Earl Grey host Amy Nelson to talk about the final novel in the Q Continuum trilogy, Q-Strike by Greg Cox. We discuss the plot of the novel, a sad end to a family crisis, the Q family dynamic, the ending of the novel, and wrap up with our final thoughts and ratings for both this novel and the Q Continuum trilogy as a whole.

In the news segment, we review two comics: the final issue of the Waypoint series, and issue #3 of the Mirror Broken miniseries.

Posted by Dan Gunther at 7:52 AM No comments: