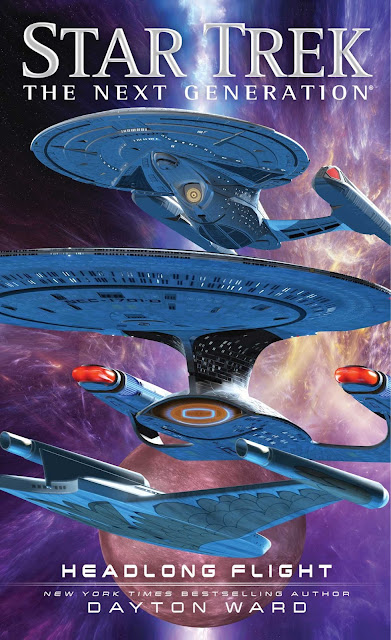 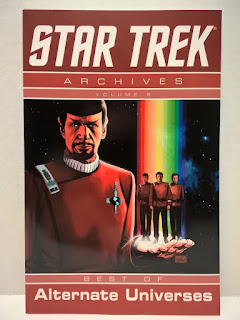 The mirror universe: an alternate reality where humans value treachery, personal gain, and avarice over friendship, community, and shared triumph. A place where history has crafted a very different Starfleet made up of vicious, brutal barbarians bent on galactic conquest. Can our heroes overcome an all-out war with their evil counterparts from this horrific universe?

In the news segment, we talk about the upcoming Star Trek Deviations comic, comic covers in March, the Classic UK Comics Vol. 2 release, and the Star Trek Graphic Novel Collection from Eaglemoss.

The Face of the Unknown

Spoilers ahead for The Face of the Unknown!

This year, with new releases, I'm trying something a little different. Click here to watch my video review of The Face of the Unknown on YouTube, or watch the embedded video below!

As usual from Christopher Bennett, we get top-notch storytelling with a compelling link to current-day events. Revisiting the First Federation was fun, and Bennett has succeeded in his mission to create the definitive story about that civilization. The tranya-loving Balok is a fun character, and it was terrific to get a follow-up to Bailey's mission from "The Corbomite Maneuver."
4/5.

More about The Face of the Unknown:

I have a lot of books that were read in 2016 that I have to catch up on. First up is a tale from The Lost Era, all about Captain Picard shortly before the beginning of The Next Generation: The Buried Age by Christopher L. Bennett.

The Roddenberry Vault
An exclusive interview with Michael & Denise Okuda! 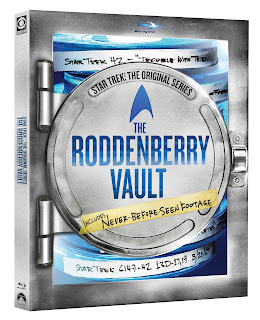 The 50th anniversary of Star Trek has been a year of celebration of the franchise we all love. What better way to celebrate our favorite science fiction universe than to get glimpses of it that have never been seen before? The discovery of long-lost footage of Star Trek: The Original Series by Trek veterans Michael and Denise Okuda has made this possible!

In this episode of Literary Treks, hosts Dan Gunther and Bruce Gibson welcome back Matthew Rushing as well as Michael and Denise Okuda to talk about The Roddenberry Vault. We discuss 50 year of TOS, the beginning of the project, the holy grail, timeline, the thrill, the James Blish connection, what's in the set, new scenes, and the gift.

Posted by Dan Gunther at 2:19 PM No comments:

As many of you know, last year represented a bit of a lull for this website. Most of that can be attributed to my focusing on my new YouTube channel, Kertrats Productions. I think I've been able to create a more workable schedule for this year, however, and you should definitely see an uptick in output on Trek Lit Reviews. However, you may also be interested in some of the content on my YouTube channel, especially due to the fact that there will be more Star Trek book content on the channel this year. Look for monthly video review of Star Trek new releases throughout 2017! And check out the video below for a rundown on all of the plans for Kertrats Productions for the new year.

Posted by Dan Gunther at 3:33 PM No comments: 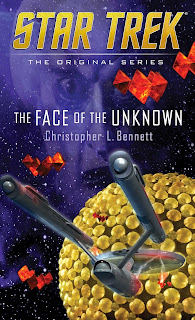 Posted by Dan Gunther at 3:13 PM No comments: