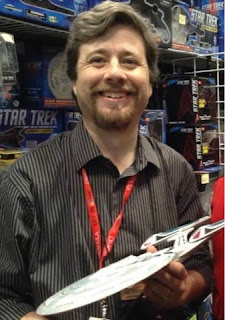 On his personal blog, Miller has announced that he is writing an epic Star Trek novel trilogy for release in the latter half of 2016: Star Trek: Prey! Described as "a star-spanning Next Generation epic of the Federation and the Klingon Empire," the trilogy is tentatively scheduled for consecutive months starting in October. Read more at Miller's blog by clicking here!

In the meantime, check out my reviews of Miller's previous Trek works below!