Release Day! The Original Series: No Time Like the Past by Greg Cox

This month presents two new releases! Yesterday, we had the e-book exclusive, Titan: Absent Enemies by Trek newcomer John Jackson Miller. Today, we have the latest from bestselling author Greg Cox: The Original Series: No Time Like the Past, a time-bending adventure that brings together Captain James T. Kirk and Voyager's Seven of Nine. I don't know about you, but I'm curious to see how the hell Greg Cox is going to pull this one off!

Check out the cover, back-cover blurb, and links to purchase below!

Lots to read this month, so enjoy! 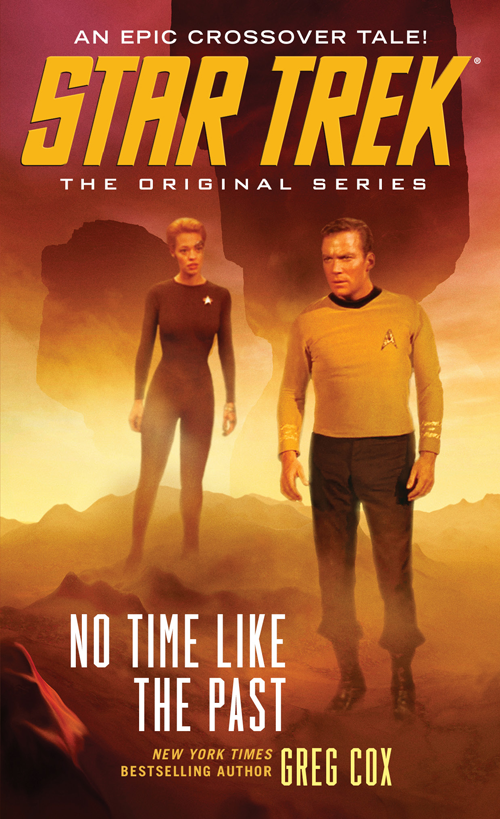 
Stardate 6422.5: A diplomatic mission to the planet Yusub erupts in violence when ruthless Orion raiders attempt to disrupt the crucial negotiations by force. Caught in the midst of tense and dangerous situation, Captain James T. Kirk of the USS Enterprise finds an unexpected ally in the form of an enigmatic stranger who calls herself “Annika Seven.”

Stardate 53786.1: Seven of Nine is taking part in an archaeological expedition on an obscure planetoid in the Delta Quadrant when a disastrous turn of events puts Voyager's away team in jeopardy–and transports Seven across time and space to Yusub, where she comes face to face with one of Starfleet's greatest legends.

Stardate 6422.5: Kirk knows better than most the danger that even a single castaway from the future can pose to the timeline, so he and Seven embark on a hazardous quest to return her to her own era. But there are others who crave the knowledge Seven possesses, and they will stop at nothing to obtain it–even if this means seizing control of the Enterprise!


Purchase The Original Series: No Time Like the Past: