This one's a little later than usual!

Simon and Schuster has finally revealed the cover for the upcoming Titan e-book, Absent Enemies, scheduled for release on February 24th!

Check it out below, along with the back-cover blurb and link to purchase from Amazon. And, as always, we will have a review of the novella for you shortly after release! 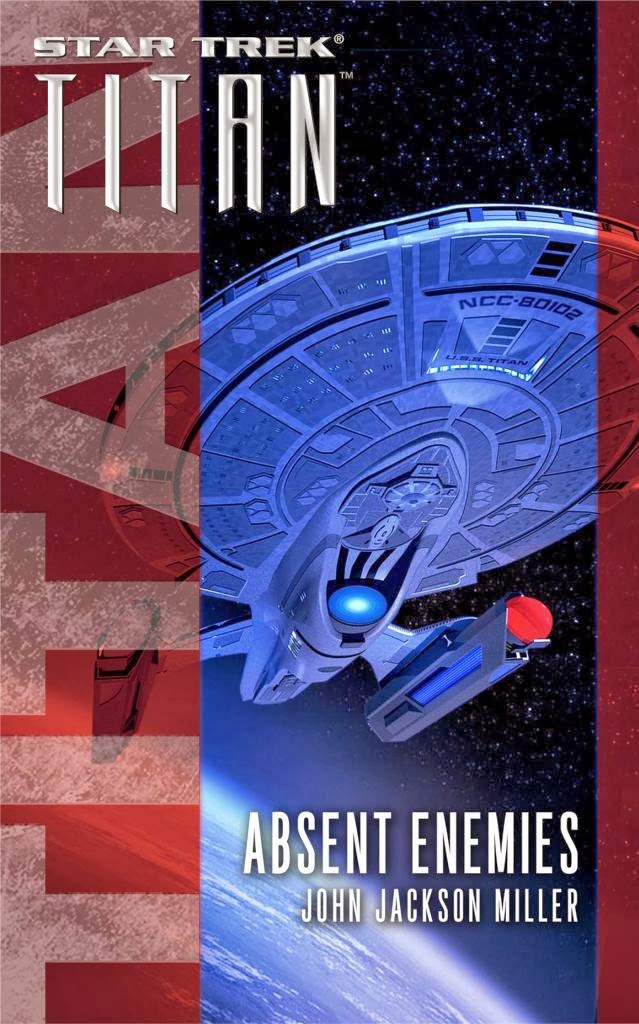 Newly promoted Admiral William Riker and the crew of the U.S.S. Titan are ordered to race to Garadius IV—a planet Riker knows all too well from an unsuccessful peace mission when he was still first officer of the U.S.S. Enterprise. But this time, he finds a mysterious new situation: one with the potential to imperil the entire Federation. One of the warring parties has simply vanished…