Release Day! Rise of the Federation: Tower of Babel by Christopher L. Bennett

Following up on last year's Rise of the Federation: A Choice of Futures, Tower of Babel continues the story of the early years of the United Federation of Planets. Check out the cover and back-cover blurb below, along with purchasing links!

My review of Rise of the Federation: Tower of Babel 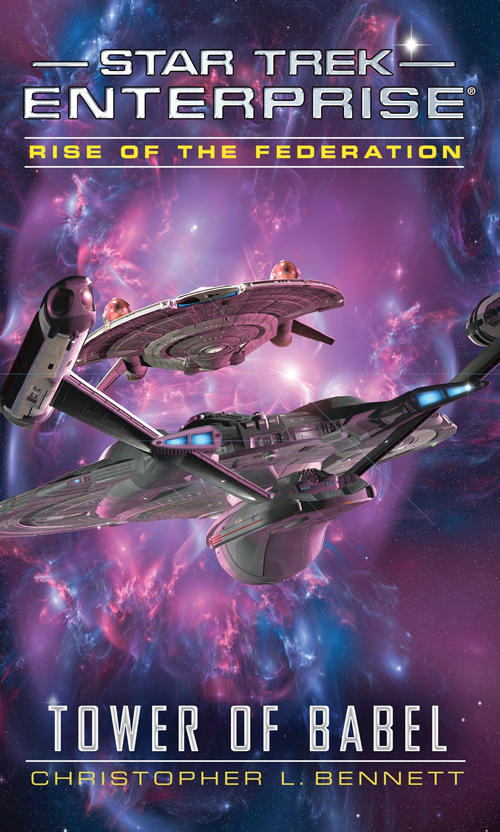 
The United Federation of Planets has weathered its first major crisis, but its growing pains are just beginning. Admiral Jonathan Archer hopes to bring the diverse inhabitants of the powerful and prosperous Rigel system into the Federation, jump-starting the young nation's growth and stabilizing a key sector of space. Archer and the Federation's top diplomats journey to the planetoid Babel to debate Rigel's admission…but a looming presidential race heats up the ideological divide within the young nation, jeopardizing the talks and threatening to undo the fragile unity Archer has worked so hard to preserve.


Purchase Enterprise: Rise of the Federation: Tower of Babel: