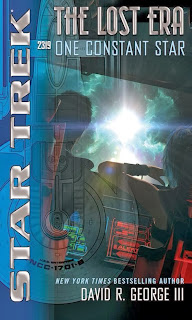 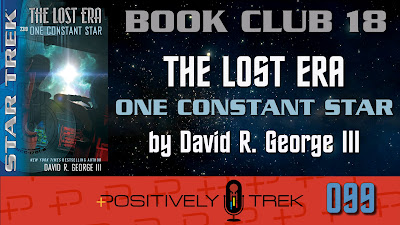 Posted by Dan Gunther at 4:12 PM No comments: 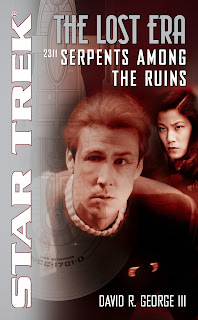 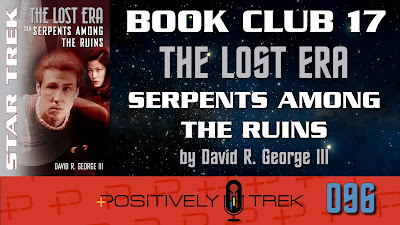 
Spoilers ahead for Lost Souls!

The soldiers of Armageddon are on the march, laying waste to worlds in their passage. An audacious plan could stop them forever, but it carries risks that one starship captain is unwilling to take. For Captain Jean-Luc Picard, defending the future has never been so important, or so personal -- and the wrong choice will cost him everything for which he has struggled and suffered.

For Captain William Riker, that choice has already been made. Haunted by the memories of those he was forced to leave behind, he must jeopardize all that he has left in a desperate bid to save the Federation.

For Captain Ezri Dax, whose impetuous youth is balance by the wisdom of many lifetimes, the choice is a simple one: there is no going back -- only forward to whatever future awaits them.

But for those who, millennia ago, had no choice...this is the hour of their final, inescapable destiny.

The third and final novel in the landmark Destiny trilogy sees the stories of four Starfleet captains come to their explosive conclusions in a story that would change the Star Trek universe forever... at least until canon Trek says otherwise!
The fear and terror of the worlds of the Federation and her neighbors is strongly felt in the pages of this novel as the unrelenting Borg armada spreads out from the Azure Nebula and threatens to completely wipe out the populations of planets throughout the Alpha and Beta quadrants. No longer interested in assimilation, the Borg are on a singular quest: to utterly destroy the Federation and its citizens who have become more trouble than they are worth. Meanwhile, the Enterprise, Titan, and Aventine must do everything they can to ensure the future of the Federation in the face of what appears to be certain Armageddon.
This novel also finally tells us the origin of the Borg once and for all. Now, of course, this origin story is not canon; however, I find myself hoping against hope that canon Star Trek (the various television series and films) never get around to telling us a definitive story for the origin of the Borg, because what David Mack has come up with here is nearly pitch-perfect. The story itself is quite dark and drives towards the themes of selfishness, pride, and the self-serving impulses within human beings, which fits perfectly with what we know of the Borg. I won't spell out the revelations here, even though this book is well over a decade old; I still feel this story needs to be read rather than simply summarized here.
There really is something for everyone in this story. Like your Star Trek action-packed? You will definitely find a lot of action in this novel. How about philosophy and morality? Like all the best Trek, Destiny features moral conundrums and ethical dilemmas aplenty. In particular, seeing Riker wrestle with his decision to leave the away team (including his wife, Deanna) behind on New Erigol while Titan makes her escape was heart-wrenching.
Politics also takes center stage in this trilogy and this final novel in particular, as we see the Federation government under President Nanietta Bacco (one of my all-time favorite TrekLit characters), and the supreme grace under pressure that she exhibits as the end very much appears nigh.
In this final novel of the trilogy, author David Mack has accomplished the nearly impossible: making the story feel like it might truly be the twilight of the Federation. Of course, we know that this can't possibly be the end, but while reading Lost Souls, that knowledge becomes irrelevant as the reader gets drawn into the vivid details and amazing prose that serves as the culmination of this amazing trilogy.
The Caeliar, ultimately responsible for the creation of the Borg, realize their error and takes steps to correct it. At the heart of this is Captain Erika Hernandez, herself having been transformed by the Caeliar. The threat of the Borg Collective is ended for all time when all Borg, everywhere, are transformed and merged into the Caeliar Gestalt, leaving a battered Federation to pick up the pieces. With over sixty billion lives lost between the Federation, the Klingons, and the Romulans, the face of the Star Trek universe will never be the same.
Final thoughts on Star Trek: Destiny:
Destiny, more than any other story within the vast library of Star Trek fiction, is a huge inflection point in the Trek universe and is pointed to as the moment when everything changed. We all knew that (at the time) canon Trek had moved on and the writers were free to play in the universe as they wished, but the monumental events chronicled in these novels blew everything to this point out of the water. David Mack did not hold back at all when telling this story, and it's to his credit that it works as well as it does. The events of this trilogy defined Star Trek novels for the decade following its publication, a distinction that is very well-earned. Needless to say, Lost Souls and the preceding two novels are must-reads for any fan of Star Trek fiction.

Next up is my review of last year's Star Trek: Picard novel, The Last Best Hope by Una McCormack.
Posted by Dan Gunther at 4:08 PM 1 comment: 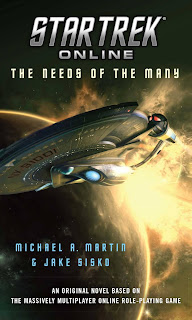 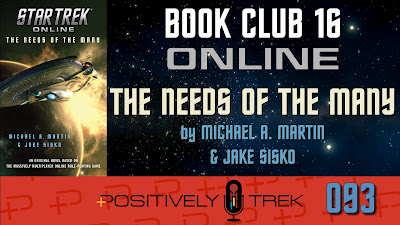 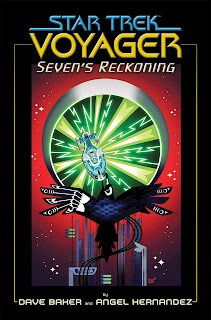 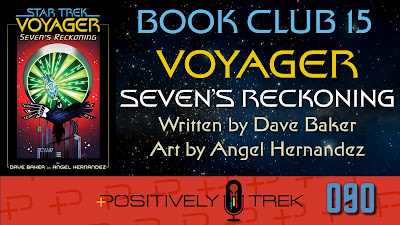 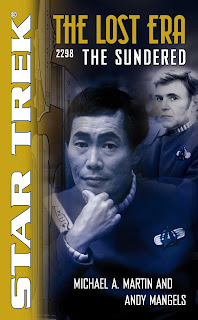 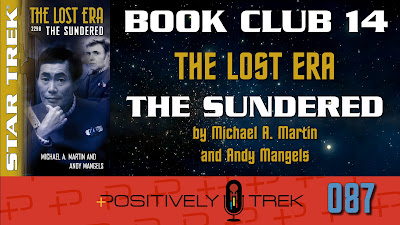 Hi folks! Regular visitors to this site may have noticed that activity has been a little scarce around here over the past year or so. However, I am working to update things! It's going slowly, but I'm hoping to get book reviews going again shortly.

I have updated the upcoming releases page, and have added a page for releases in 2021! Check that out here.

In the meantime, I've been putting in a lot of time on the Positively Trek podcast, an endeavour I'm doing with my co-host, Bruce Gibson. You can check it out here! 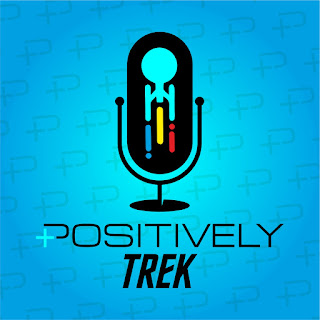 Thank you so much for your patience, and I hope to see you a lot more throughout the year!

Posted by Dan Gunther at 9:46 PM No comments: