Star Trek: The Next Generation
Available Light
by Dayton Ward

In Section 31: Control, the crimes committed by Section 31 came to light, including their role in the ousting of disgraced President Min Zife. However, fallout from these revelations has tainted the reputation of one of our heroes: Captain Jean-Luc Picard.

Now, we are finally getting a followup to Control and the previous TNG novel, Hearts and Minds. Look for Available Light, available in bookstores or online retailers now! 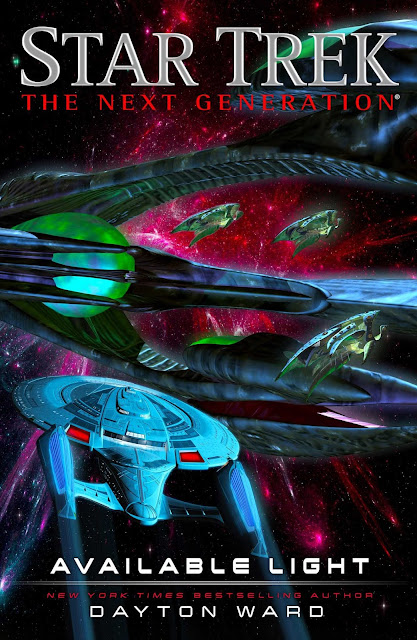 
Section 31, the covert organization which has operated without accountability in the shadows for more than two centuries, has been exposed. Throughout the Federation, the rogue group’s agents and leaders are being taken into custody as the sheer scope of its misdeeds comes to light. Now Starfleet Command must decide the consequences for numerous officers caught up in the scandal—including Admirals William Ross, Edward Jellico, Alynna Nechayev, and Captain Jean-Luc Picard who, along with many others, are implicated in the forced removal of a Federation president.

Purchase The Next Generation: Available Light:

Previous Release: Discovery: The Way to the Stars
Next Release: The Original Series: The Captain's Oath