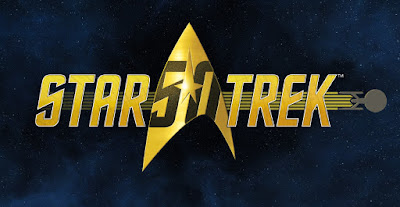 2016: Star Trek's 50th anniversary. A time for celebration, as our beloved franchise passes an historic milestone! So, how did this year's crop of novels stack up? As usual, a bit of a mixed bag, but overall, a very successful year for Trek lit!

There were certainly some excellent stories this past year. Once again, we kicked off the year with a Deep Space Nine novel, Ascendance: the long-awaited revelation of the resolution to the Ascendant crisis from earlier in DS9 lore. From there, the always-spectacular Kirsten Beyer gave us our next Voyager adventure: A Pocket Full of Lies. We also learned that there will be a slight delay before her next novel, but the reason is a fantastic one: Beyer is one of the writers for the new Star Trek: Discovery television series!

March saw a new TOS adventure, The Latter Fire, by veteran writer James Swallow, and April gave us a continuation of the excellent Rise of the Federation series with Live By the Code by Christopher L. Bennett. A much-anticipated followup to Dayton Ward's From History's Shadow was next, titled Elusive Salvation. After that, a Nog/O'Brien buddy adventure by Jeffrey Lang, Deep Space Nine: Force and Motion, which many fans were torn about. I, however, loved it.

Moving into the second half of the year, the 50th anniversary really got going with a couple of epic trilogies. First, the Legacies trilogy celebrating The Original Series, with Book 1: Captain to Captain by Greg Cox, Book 2: Best Defense by David Mack, and Book 3: Purgatory's Key by Dayton Ward & Kevin Dilmore. And finally, the year ended on a very high note with the Prey trilogy John Jackson Miller, set in the TNG post-Nemesis shared continuity: Hell's Heart, The Jackal's Trick, and The Hall of Heroes.

2016 also continued the trend of e-book exclusive novellas, with some fascinating stories in that category. We got an Enterprise-A adventure with Greg Cox's Miasma, a fun DS9 Ferengi romp in Rules of Accusation by Paula M. Block & Terry J. Erdmann, and the continuation of the fan-favorite series Department of Temporal Investigations with Time Lock by Christopher L. Bennett. I'm very happy to see these e-book adventures continue, and I'm excited to see what 2017 will bring in that arena! 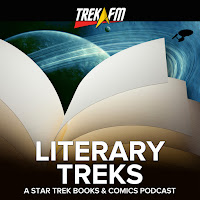 Regular readers may remember my saying last year that my productivity on the book review side of things may suffer somewhat due to my involvement in a number of other projects. Judging by the list of reviews from the past year below, that statement was certainly prophetic! In 2015, I managed to keep up a pace of about a review a week; this past year has seen a substantial drop-off from that. My work on the Literary Treks podcast has certainly eaten up a huge chunk of time, and it looks like it may take even more in 2017, with my co-host Matthew Rushing moving on to other projects. I and my new co-host, Bruce Gibson, certainly have some big shoes to fill! By the way, if you haven't yet subscribed to Literary Treks, you should check it out! We talk about books and comics from all corners of the Trek universe, and even interview the authors behind the books we love! Head on over to Trek.fm and subscribe, or search for Literary Treks on iTunes!

2016 was also a huge year for my YouTube channel, Kertrats Productions. In the past year, it has grown to about 1600 subscribers and 70 videos! A modest showing for YouTube, but I'm hoping to grow the channel more in 2017. Most of the videos are about Star Trek (big surprise there!), and if you want to know the latest in news from the world of Trek as well as episode reviews and interesting discussions, check it out!

Well, without further ado, let's take a peek at the reviews posted on Trek Lit Reviews in the past year. With a definite slowdown from last year, there were actually a few months in which I didn't post a review. While I new that I wouldn't have as much time in 2016, I'm still disappointed with my showing. As you will see in the list below, it's pretty clear that I made a huge effort to play catchup in December! I did get all of the new releases reviewed, but that also means there is a backlog of older novels that I read, but didn't write a review for. Look for those in 2017! Links below to all of my reviews from 2016, and new releases are in bold and marked with an asterisk (which, to be fair, is nearly all of them!).

*A Pocket Full of Lies by Kirsten Beyer (Star Trek: Voyager)
The Ashes of Eden by William Shatner with Judith & Garfield Reeves-Stevens (The "Shatnarrative")

*Rise of the Federation: Live By the Code by Christopher L. Bennett (Star Trek: Enterprise) 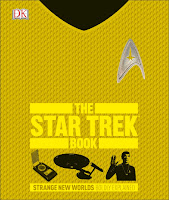 As always, picking my favorite Trek novel of 2016 was difficult. There were a lot of great entries this year, including the Kirsten Beyer's A Pocket Full of Lies, Christopher Bennett's Live By the Code, and certainly the Prey trilogy was a huge highlight! I also loved Dayton Ward's Elusive Salvation, and the e-books Rules of Accusation by Block & Erdmann and Time Lock by Bennett were terrific. However, I can only pick one, I'm afraid. As difficult as it is to do that, I have to give Star Trek novel of the year to:

In books one and two, Miller set up an incredible story, but it is in book three that it all pays off. This was a fantastic tale that truly celebrated the 50th anniversary of Star Trek! With plot twists and turns that I didn't suspect, Prey was an absolute highlight of the year, with a completely satisfying conclusion that hit all the right notes. In the end, The Hall of Heroes in particular was a celebration of what makes the Klingons great, and a tribute to the grand alliance between the Empire and the Federation. John Jackson Miller, while initially making his name in the Star Wars novel-verse, clearly knows his Trek, too. Props to him for crafting a wonderful tale worthy of song!

January's novel is a TOS adventure by Christopher L. Bennett: The Face of the Unknown, a sequel to the classic TOS episode "The Corbomite Maneuver," a favorite of mine. This was just released in the last couple of days, so look for my review soon!

In February, Dayton Ward continues the voyage of the Enterprise-E in its mission of exploration of the Odyssean Pass in Headlong Flight.

March's novel is David R. George III's newest foray into the world of Deep Space Nine with The Long Mirage. Kira returns from her extended stay in the wormhole, and Quark searches for Morn!

Next up, April brings us the long-awaited continuation of Bashir's story in Section 31: Control by David Mack. This looks to be an exciting novel if the previous entry, Disavowed, is any indication.

May will be a big month for Trek with the premiere of the new television series, Star Trek: Discovery! However, did you know that David Mack is also writing the first tie-in novel, released in the same month? I'm awaiting this one with barely-restrained enthusiasm!

June brings us another TNG adventure by Dayton Ward, Hearts and Minds. He has said that this one relates back to his From History's Shadow series, which also includes the TOS novel Elusive Salvation. Color me intrigued!

July features another Deep Space Nine novel by one of my favorite authors, Una McCormack: Enigma Tales. Look for lots of Cardassian Garak-y goodness in this one!

Later in the year, we get the next instalment in Christopher L. Bennett's Rise of the Federation series with Patterns of Interference. A strong series in the current Trek lit lineup, these are always fun and excellently written.

Architects of Infinity comes afterwards, the latest in Kirsten Beyer's Voyager series. This series always produces contenders for the best book of the year, and Beyer has yet to disappoint. Great character work and strong plots abound!

You can check out all of the new releases for 2017 by clicking here. You can also pre-order all of them from Amazon! A portion of the revenue generated from the links comes back to Trek Lit Reviews, so you'll be helping out the site! Links are provided on the new releases page.

It's been a terrific year with Literary Treks and Kertrats Productions really taking off, but I am disappointed in my output here on Trek Lit Reviews. I don't think I'll ever be back up to 2015 levels of a review a week, however, I am trying to manage my time a little better, and Trek Lit Reviews is still one of my favorite things to do!

Here's hoping the 2017 is a wonderful year, and I wish everyone reading all the best in the new year!

DFTBA, and Live Long and Prosper, my friends!

Email ThisBlogThis!Share to TwitterShare to FacebookShare to Pinterest
Labels: 2016, year in review