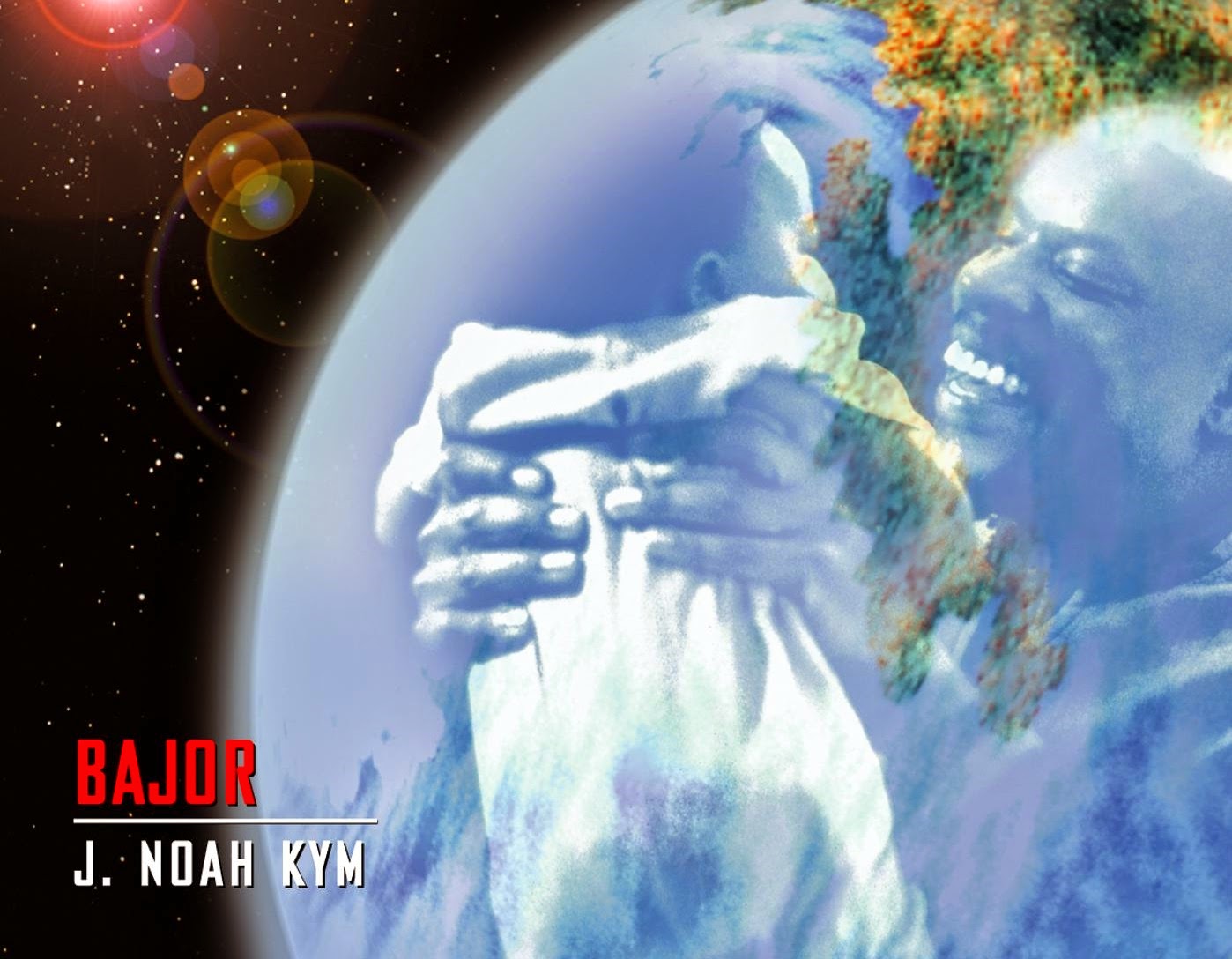 Spoilers ahead for Fragments and Omens and the rest of the Deep Space Nine relaunch!


The honeymoon is over. Following the euphoria of Bajor's marriage to the Federation, the real work of making that union work has begun. But even on a world where politics and religion are intertwined, conflicting visions of Bajor's role in the interstellar arena divide the planet's leadership. As newly minted Captain Kira Nerys sets the tone for the kind of Starfleet officer she will be, First Minister Asarem makes a bold move to define Bajor's voice in the Federation, while the returned Benjamin Sisko prepares for a future that only he, as yet, can see.

Bajor has entered an exciting and daunting new chapter. After having gone through long periods of occupation, rebuilding, and standing on her own, Bajor is now a fully-fledged member of the United Federation of Planets. As with any huge change, there are bound to be a few growing pains, but for the most part, the coming era of Bajoran prosperity is looking very bright indeed.

Until, of course, the unthinkable happens: Sidau, a village on Bajor, is completely destroyed in a huge explosion, seemingly perpetrated by off-world elements. Sidau turns out to have been the village from the first season DS9 episode "The Storyteller," in which a dying religious leader names Chief O'Brien as his replacement. The motive behind this heinous crime seems like it will be the impetus for the story of Deep Space Nine going forward.


Over the course of Star Trek: Deep Space Nine, I have come to truly care for Bajor and her people, but I don't think I realized how much until reading Fragments and Omens. As Bajor faces this latest crisis, as well as the huge changes coming following joining the Federation, I found myself feeling very deeply for the psyche and the character of the people of Bajor. In one part of the story, Jake sets out on his own to "find himself," and ends up spending time with a young Bajoran woman named Rena. Through her and her friends, we see what the huge political changes Bajor is experiencing mean to the common Bajoran. Rena struggles between embracing the brave new future Federation membership will bring and maintaining her family's traditional way of life in the village of Mylea.


As Rena's story begins, we see her returning home to Mylea from university. Having experienced life outside of her home village, she has become somewhat jaded with her home community and circle of friends. I myself spent two years away from home teaching English overseas. Upon returning to my hometown in northern Alberta, Canada, I had an experience very similar to Rena's. My time away from home changed me in some fundamental ways, ways that I am still hesitant to share with my friends and family for fear that they won't fully embrace the ways I have changed. Rena's story, therefore, felt very familiar to me. I don't necessarily believe the old saying that "you can't go home again," but going home again can mean seeing it through changed eyes, and one may not always like what they see when they return.

Above all, this is a coming of age story, both for Bajor and for characters such as Jake and Rena. I loved this story's exploration of these changes through the experiences of the strong characters the populate the novel. As the Bajoran Militia aboard DS9 is folded into Starfleet, many Bajorans worry that their identity will be subsumed into the vast Federation. However, these changes will also bring about a lot of good on Bajor, and I believe that the message of the story is that the Bajoran people are strong enough to make their voices heard over the chorus of the Federation. If the characters we see in Fragments and Omens are any indication, Bajorans will be a prominent and vocal member of the Federation.

J. Noah Kym writes the Bajoran characters exceptionally well. Kira, Ro, First Minister Asarem, Opaka, Krim, Rena; all of the characters have a unique voice that really establishes the strength and diversity of the Bajoran people. If these stories truly purport to be the definitive representations of the worlds of Deep Space Nine, then Fragments and Omens succeeds brilliantly. Kym gives us a beautiful look at this world and her people, and sets the stage for the next chapter in the Deep Space Nine saga.

More about Fragments and Omens:

Next up: The all-new continuation of Star Trek: Enterprise: Rise of the Federation: it's Uncertain Logic by Christopher L. Bennett!