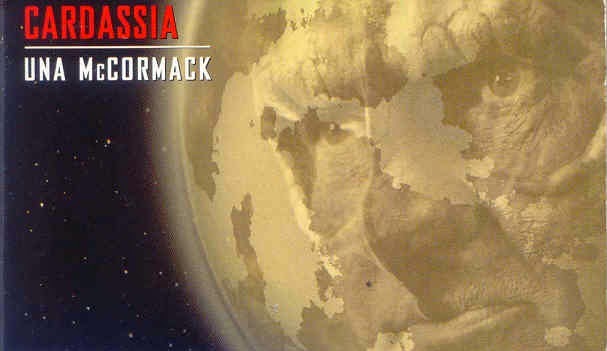 Spoilers ahead for The Lotus Flower and the rest of the Deep Space Nine relaunch!


The last world ravaged by the Dominion War is also the last on which Miles O'Brien ever imagined building a life. As he joins in the reconstruction of Cardassia's infrastructure, his wife Keiko spearheads the planet's difficult agricultural renewal. But Cardassia's struggle to remake itself -- from the fledgling democracy backed by Elim Garak to the people's rediscovery of their own spiritual past -- is not without opposition, as the outside efforts to help rebuild its civilization come under attack by those who reject any alien influence.

When I began doing the Deep Space Nine relaunch reviews for this site (starting way back with Avatar, Book One), it was meant to be a re-reading project. However, I was surprised to realize that I had never actually read the Worlds of Deep Space Nine novels! Discovering this fact has meant that a wealth of DS9 stories that I have never read can be enjoyed for the first time now, including one of Una McCormack's first professional Trek stories: Cardassia: The Lotus Flower. Regular readers of Trek Lit Reviews will know that I think very highly of Una McCormack's work, having given very high marks to every one of her novels that I have read. So, what were my thoughts on The Lotus Flower?

Unsurprisingly, McCormack's work here is up to her usual excellent level. After the explosive "finale" of S.D. Perry's Unity, this first story in the Worlds of Deep Space Nine anthology felt much like some of DS9's season premieres: a soft re-tuning of the series' premise and a continuation of the story in a somewhat unexpected direction. This story of Cardassian recovery from the horrors of the end of the Dominion War is the perfect story to continue the saga of Deep Space Nine.

McCormack has a terrific handle on her characters. Miles O'Brien's terror and anger at the jeopardy that Keiko is in felt very real, as did Keiko's steely resolve in the face of the threats and crises she faces. Keiko O'Brien was never one of my favorite characters on Star Trek (possibly unfairly so). She was often given the role of the "nagging" wife, with only occasional work done with her character to chart her own course apart from that of her husband, Miles. She gets her best storyline to date in this novel, in my opinion. In The Lotus Flower, she is not merely Miles' wife or Molly and Kirayoshi's mother, but a character in her own right.

Also written extremely well was, of course, Garak. Everyone's favorite "tailor" is back in this story, and he is up to his usual standard of excellence. Any time Una gets the chance to write Garak, I am on board. No other author, with perhaps the exception of Garak actor Andrew Robinson himself, has the ability to write him as well as McCormack can.


At one point in the story, the situation Cardassia faces following the Dominion War is compared to the state of Bajor following the Occupation. This juxtaposition is used to amazing effect and was a stroke of brilliance on the part of the author. This accompanies some strong character development for Vedek Yevir, the Bajoran religious figure to issued the attainder to Colonel Kira. I felt that The Lotus Flower continued the character redemption (or, at the very least, rehabilitation) of Yevir from the final two books of the Mission Gamma series. As with any truly round character, Yevir is revealed to have many facets. He is not simply a foil for Kira or anyone else; he is, in fact, much more.

An excellent continuation of the Deep Space Nine post-finale stories. Una McCormack has a great ear for the characters, and writes them extremely well. I love that Deep Space Nine delves into the lives of the secondary characters so deeply, and The Lotus Flower continues that tradition admirably.

More about The Lotus Flower:

Next week, the second story in Worlds of Deep Space Nine: Volume One, namely, Andor: Paradigm by Heather Jarman.