Spoilers ahead for Unity and the Deep Space Nine relaunch!


On the eve of Bajor's formal entry into the Federation, First Minister Shakaar was assassinated, derailing the induction and plunging the planet and station Deep Space 9 into chaos. Investigation into the murder revealed the presence of a parasitic conspiracy threatening not only Bajor's future with the Federation, but the very survival of both. At the same time, the fracturing of Bajor's theology has put its people on the threshold of a startling transformation -- and the consequences now rest on the shoulders of Colonel Kira Nerys, who months ago defied the religious authority of her planet by making public an ancient heretical text that challenged the very foundation of the Bajoran faith.

Now, after a harrowing and historic voyage of exploration in the Gamma Quadrant, the weary, wounded crew of Starship Defiant is at last coming home. But the joy of their return is short-lived as the crew becomes swept up in the crisis aboard the station, with many of them confronting personal issues that force them to make life-altering choices. Among those is a grief-stricken Commander Elias Vaughn, who reaches a crossroads in his life's journey and learns the true purpose for which he was Touched by the Prophets...as well as the ultimate fate of Captain Benjamin Sisko.

And... somewhere on Bajor... a child long awaited is about to be born.


I wanted to tell you that it's over. Your campaign, your hatred ... your time. It ends here, now.

It was no taker of gist, no spawnmother; why could she hear its mind? She sought through the void with her rudimentary eyes ... and saw it, emerging from the white. Like a meat-being in appearance, it walked toward her from the nothingness, its features becoming clearer as it neared. Dark and human, meat, but ...

It drew closer, looming ever larger as it approached. It was vast, she saw now, vast as space. Its brown face filled her perception, filled the void itself—

And then it spoke.

"You picked the wrong planet," it said, and she felt her first glimmer of doubt.

It was also her last.

If Avatar books one and two were the beginning of a new season of Deep Space Nine, then Unity serves as a sort of season finale. In this novel, we see the culmination of numerous storylines introduced over the past few books, with all roads leading to DS9. The U.S.S. Defiant returns from its mission of exploration in the Gamma Quadrant with Jake Sisko and former Kai Opaka aboard, the conflict with the "Conspiracy" parasites comes to a head, and the future of Bajor is finally determined.

More than anything else, S.D. Perry has a handle on the characters and their thoughts and motivations. This is very important for her stories to have poignancy, as character was at the heart of what made Deep Space Nine great. Perry handles all of the characters very well, but the stand-outs to me were Ro and Kira. Ro's character's journey is a fascinating one, and by the end of the novel, she is truly a changed person.

Another character that was perfectly written was Elias Vaughn. Over the course of the DS9 "relaunch," he has fast become one of my favorite characters. In Unity, we see him in much the same position Sisko was in in the beginning of Deep Space Nine. However, instead of the Prophets helping him through his difficulties, it's Sisko himself helping Vaughn. This is a beautiful piece of symmetry with the series premiere, and I loved the interaction between these two characters. 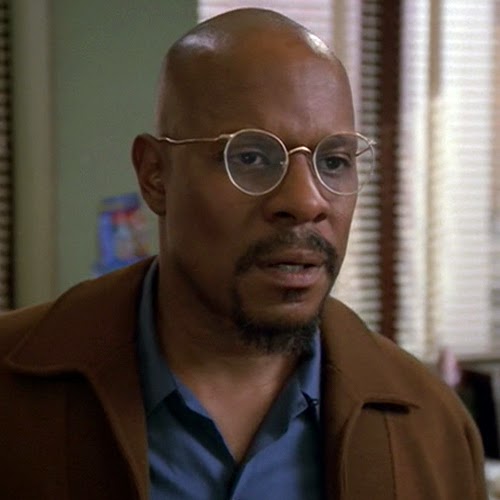 Elias Vaughn comes face-to-face with Ben Sisko, in the form of "Benny Russell."

The parasite threat was also used very effectively. To me, they are one of the most chilling threats that Star Trek has ever introduced. Think about it: the Changeling takeover during the television series was bad enough, with their ability to resemble anyone or anything. However, the parasites are even more terrifying. Imagine a creature able to take over your body and use it for its own purposes, and there is nothing you can do about it. Anyone, including your closest friends and family, are at risk. To me, that thought is utterly terrifying, and Unity makes good use of the terror that this threat incites.

As with any good "season finale," Unity feels like an end, but also a new beginning. Circumstances aboard DS9 have changed forever, and things will never be the same again. However, as stated at the end of the novel, "THE SAGA OF DEEP SPACE NINE WILL CONTINUE." Very welcome words as I continue through this re-read of the wonderful Deep Space Nine post-series novels.

The latest from Una McCormack, and the first new Deep Space Nine novel in quite some time: The Missing. Coming soon!