Star Trek: The Next Generation: Takedown

Check out the publisher's description below, and click the links to order Takedown from Amazon. Help us out here at Trek Lit Reviews!


My review of Takedown 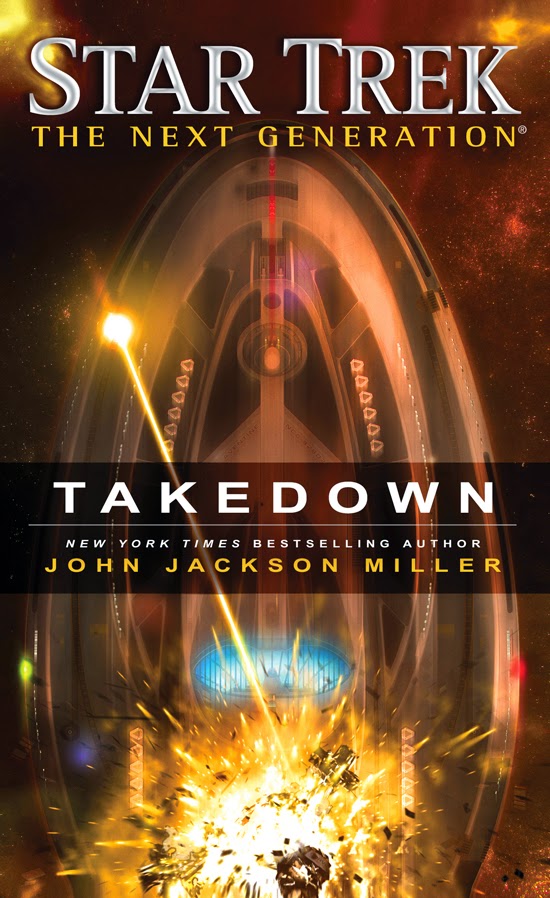 
When renegade starships wreak destruction across the quadrant, Captain Jean-Luc Picard and the crew of the U.S.S. Enterprise are shocked to discover the mastermind behind this sudden threat: none other than Picard’s protégé and friend, Admiral William T. Riker. The newly minted admiral is on special assignment aboard the U.S.S. Aventine, helmed by Captain Ezri Dax—someone who is no stranger to breaking Starfleet regulations. Her starship is by far the faster vessel…and Riker cannot yield, even to his former mentor. It’s a battle of tactical geniuses and a race against time as Picard struggles to find answers before the quadrant’s great powers violently plunge into total war…

Purchase The Next Generation: Takedown: