Ferenginar: Satisfaction is Not Guaranteed 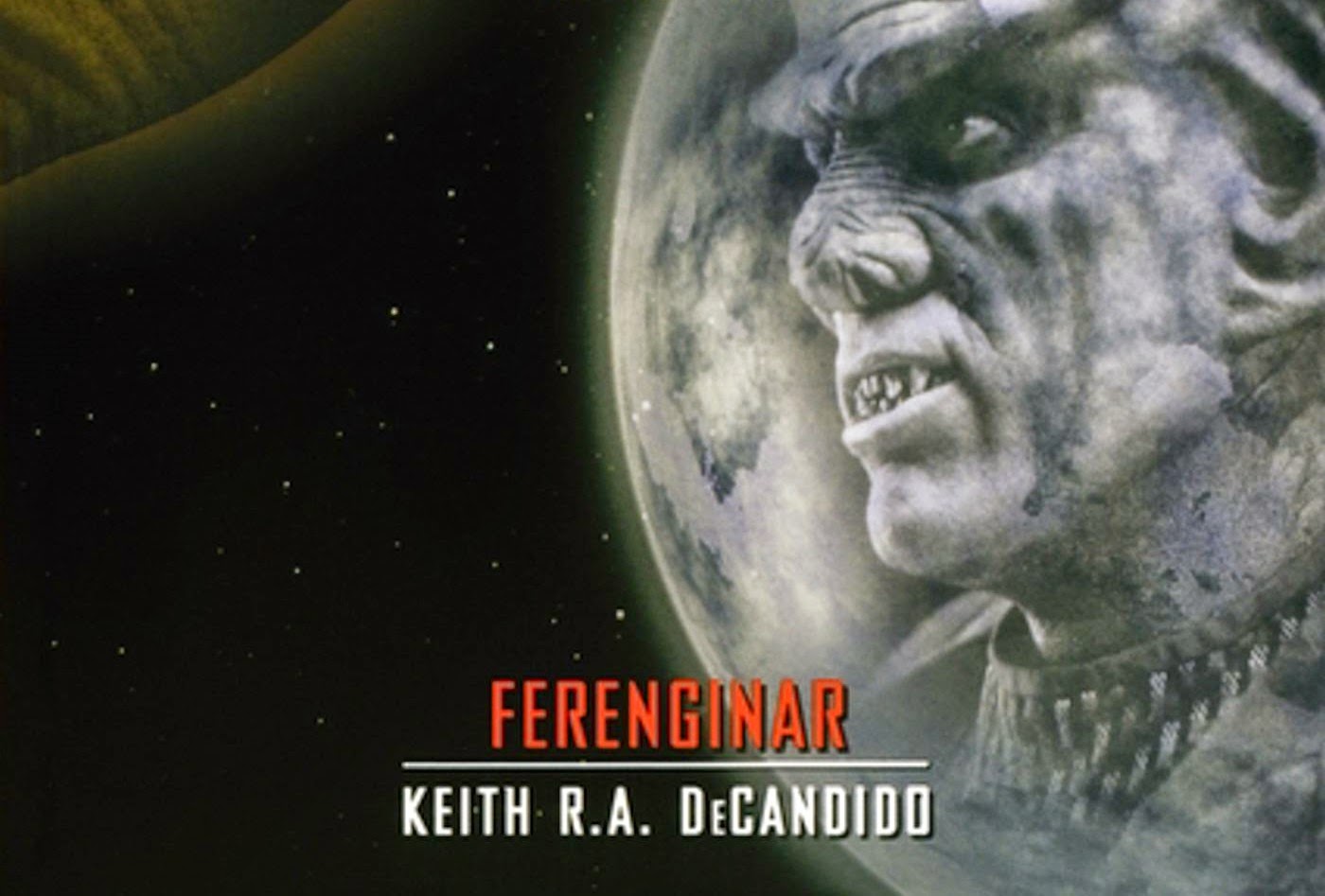 Spoilers ahead for Satisfaction is Not Guaranteed and the rest of the Deep Space Nine relaunch!


Quark's profit-driven homeworld is rocked with scandal as shocking allegations involving his brother's first wife, the mother of Nog, threaten to overthrow Rom as Grand Nagus of the Ferengi Alliance. Making matters worse, Quark has been recruited by Rom's political adversaries to join their coup d'etat, with guarantees of all Quark ever dreamed if they succeed in taking his brother down. While Ferenginar's future teeters on the edge, the pregnancy of Rom's current wife, Leeta, takes a difficult turn for both mother and child.

Deep Space Nine accomplished many things during its seven-year run as a television series. One of the most important things it did was to redeem the Ferengi in the eyes of many Star Trek fans, including me. The DS9 Ferengi were no longer trying to be the supposed threatening antagonists they were branded as initially in TNG. Instead, through the characters of Quark, Rom, and Nog, we got to know the Ferengi on a more personal level. The Ferengi became people rather than comical profit-driven buffoons. While there was still a certain amount of buffoonery, these characters were now dynamic and certainly more realistic.


Satisfaction Is Not Guaranteed continues that trend admirably. While it certainly is comical, this story explores the Ferengi homeworld and presents it in a realistic way. From the perspective of the Federation and its values, the Ferengi can seem "backwards" or overly silly, but to the Ferengi, profit is a serious business. I enjoyed how even the non-Ferengi took the situation seriously when it would be easy to laugh off the politics of Ferenginar. Lieutenant Ro and her experiences on Ferenginar gave us an interesting outsider's perspective to the events in the novel.

I remember my trepidation regarding this novel years ago when I read the back-cover blurb. While I definitely understand that Quark is an old-school Ferengi who dislikes the direction the new Ferenginar is taking, I was worried about the damage done to his character if the story made him actually participate in a coup against his brother Rom. However, my fears were ill-founded, as DeCandido handles Quark's character with his usual sensitivity and style. I enjoyed the internal struggle that Quark experiences while wrestling with whether or not to support his brother's government despite his misgivings. The fact that his old adversary, the slimy FCA Liquidator Brunt, returns in this story makes Quark's decision much easier!


The Worlds of Star Trek: Deep Space Nine series is touted as a look into the cultures of Star Trek, in much the same way that Spock's World explored Vulcan. In that respect, Satisfaction Is Not Guaranteed is very satisfying. While we visited Ferenginar a couple of times during Deep Space Nine, we never really got a feel for what life on the planet was like day-to-day. This novella gives us more of that experience, and we see a lot more of Ferenginar than we have before. Ferenginar feels like a real place in the pages of this story.

A generally lighthearted story that still has huge repercussions for the Ferengi. While there are many comical elements to the story, Satisfaction Is Not Guaranteed still treats the Ferengi with respect and dignity in the style of the best Ferengi episodes of Deep Space Nine. Over the course of the series, Quark turned into a truly round and multi-faceted character, and one of my favorites. I enjoyed the look into his beliefs and the choices that have led him to where he is now. The glimpses into the day-to-day life of the average Ferengi citizen was very interesting as well.

A great addition to the Worlds of Star Trek: Deep Space Nine series, and one that any Quark fan should enjoy immensely.

More about Satisfaction is Not Guaranteed:

Next week, part four of the Slings and Arrows series: That Sleep of Death by Terri Osborne.