Cover Art and Blurb for DS9: The Missing

Happy April! We have some interesting book news. First up is the artwork and back cover blurb for Deep Space Nine: The Missing by Una McCormack. The release date for this one is December 30th, so we have awhile to wait! However, Doug Drexler recently revealed the artwork that is going to be used on the cover on his Facebook page. Take a look! 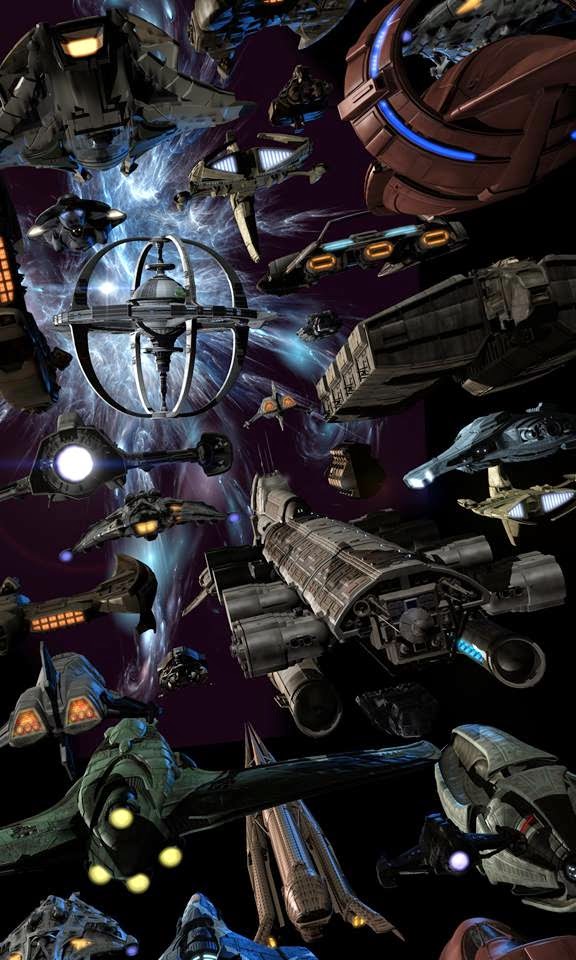 Deep Space 9 is once again becoming an important way station in the Alpha Quadrant for many different people with many different agendas. Uniquely crewed by representatives of different species from both the Khitomer Powers and the Typhon Pact, the Federation science and exploration vessel Athene Donald stops at the station as its final port of call before heading into uncharted territories. The whole project is the brainchild of Dr. Katherine Pulaski, who hopes that science will do what diplomacy alone cannot, and help various powers put aside the tensions of recent years, returning to scientific research and the exploration of space On DS9, base commander Ro Laren has her hands full with the sudden arrival of a ragtag flotilla of small ships crewed by a group calling themselves the People of the Open Sky. Ro is not keen on handling this first-contact duty, but becomes increasingly intrigued by the People, who are made up of several hitherto unknown species. Describing themselves as explorers, they are interested in everything about the station. Ro begins to enjoy her assignment, particularly as she takes counsel from the logs of Jean-Luc Picard. Blackmer, however, is more suspicious about these apparently friendly arrivals and monitors their movements around DS9...

Sounds pretty interesting! You can pre-order The Missing from Amazon using the links below!