Cover Revealed for The Enterprise War!

The next new Star Trek: Discovery novel is set to be released on July 30th, and the cover has just been released!

Check out the cover art below, as well as the back-cover blurb and links to pre-order The Enterprise War! 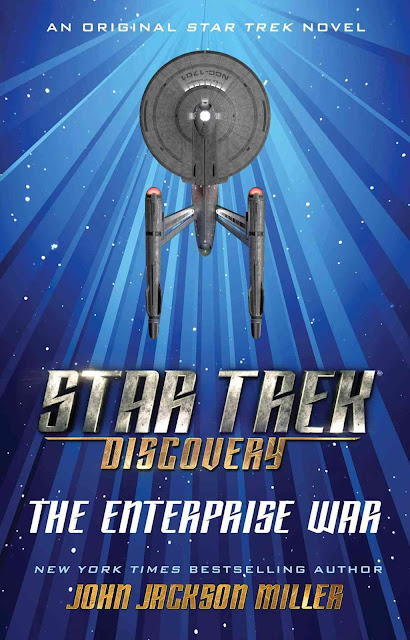 A shattered ship, a divided crew - trapped in the infernal nightmare of conflict!

Hearing of the outbreak of hostilities between the United Federation of Planets and the Klingon Empire, Captain Christopher Pike attempts to bring the U.S.S. Enterprise home to join in the fight. But in the hellish nebula known as the Pergamum, the stalwart commander instead finds an epic battle of his own, pitting ancient enemies against one another - with not just the Enterprise, but her crew as the spoils of war.

Lost and out of contact with Earth for an entire year, Pike and his trusted first officer, Number One, struggle to find and reunite the ship's crew - all while Science Officer Spock confronts a mystery that puts even his exceptional skills to the test...with more than their own survival possibly riding on the outcome....