IDW has released their solicitations for the month of May, and there are two Star Trek titles included.

First up is the second issue of the upcoming Star Trek: Year Five series. There are going to be two covers available for this one, including the Tholian cover below by artist Stephen Thompson, and a retailer incentive cover by J. J. Lendl, which hasn't been revealed yet.


As the last year of their original mission begins, the crew of the U.S.S. Enterprise will have to use all of the skills they’ve acquired along the way as they prepare to face the biggest challenge of their lives—a dark threat that doesn’t just threaten their existence, but the existence of the entire Federation as well... 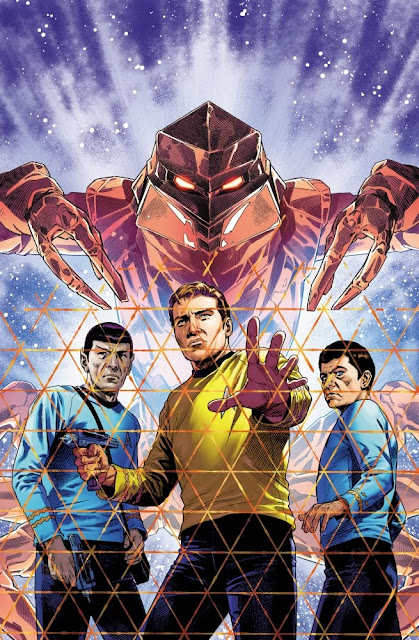 Also coming in May is the fifth issue of The Q Conflict. There will be three covers available: A and B covers by artist David Messina, which combine to form a diptych. There will also be a retailer incentive cover by George Caltsoudas. So far, only the A cover has been revealed.


The contest for the ages continues as the Captains race to capture the one exotic creature that Trelane is missing from his intergalactic menagerie—a Borg Queen! But as the Godlike beings revel in the games, the crews are hatching a plan of their own. Don’t miss the penultimate issue of the biggest Star Trek crossover of all time! 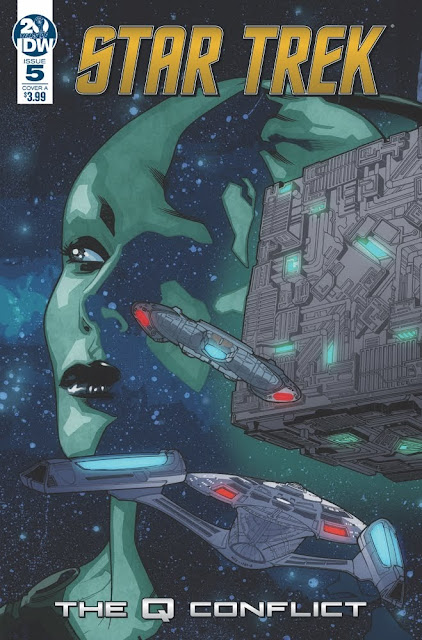