Greetings, Trek book fans! We got a bit of a dump of Star Trek book news in the past day or so, so let's jump right in with a new book announcement for later this year!

Coming in July 2019 from New York Times bestselling author John Jackson Miller is the next novel under the Star Trek: Discovery banner: The Enterprise War! 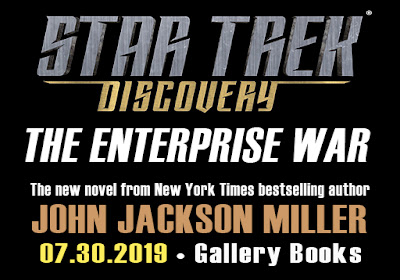 No cover art yet, but the back-cover blurb has been revealed:

Lost and out of contact with Earth for an entire year, Pike and his trusted first officer, Number One, struggle to find and reunite the ship’s crew, all while Science Officer Spock confronts a mystery that puts even his exceptional skills to the test—with more than their own survival possibly riding on the outcome!


Promising to reveal what the U.S.S. Enterprise was up to during the Klingon war of Discovery's first season, The Enterprise War is John Jackson Miller's first Trek novel since his terrific Prey trilogy back in 2016. Definitely looking forward to this one! The Enterprise War is set to be released on July 30th of this year!


Moving on to other new book news, we have covers for the two upcoming TOS novels!

According to the author, The Captain's Oath will focus on Kirk's career before taking command of the Enterprise; specifically, his first command of a destroyer-type ship.

Check out below for the cover, back cover blurb, and links to pre-order from Amazon! 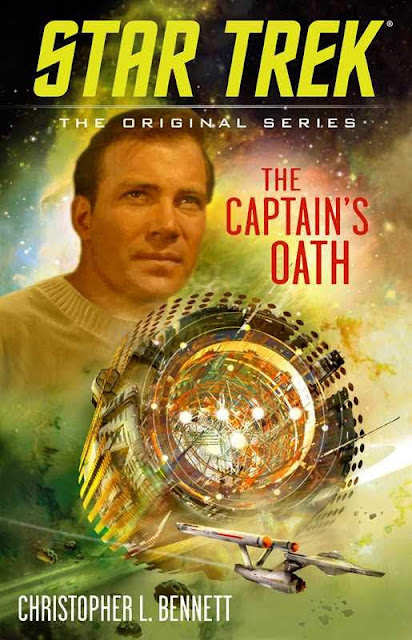 
And finally, August 13th sees the release of another TOS novel: The Antares Maelstrom by Greg Cox. We have a newly-revealed cover for this one, and while the blurb has been available for awhile, I'll post it again below along with links to purchase from Amazon. Remember, using the links I've provided helps out Trek Lit Review in a small way, so I really appreciate it! 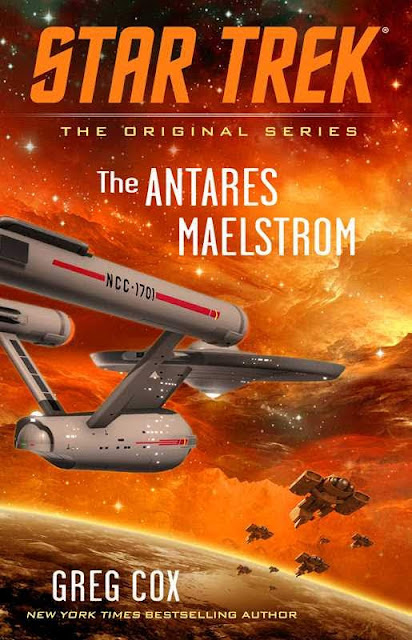