Release Day! Rise of the Federation: Live By the Code

Star Trek: Enterprise
Rise of the Federation
Live By the Code by Christopher L. Bennett 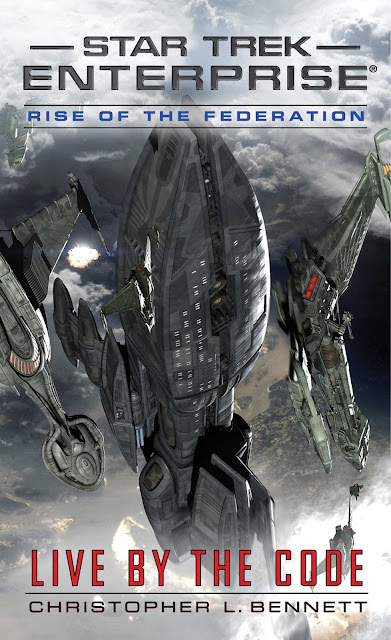 Admiral Jonathan Archer has barely settled in as Starfleet Chief of Staff when new crises demand his attention. The Starfleet task force commanded by Captain Malcolm Reed continues its fight against the deadly Ware technology, but one of the task force ships is captured, its Andorian crew imprisoned by an interstellar Partnership that depends on the Ware for its prosperity. Worse, the Partnership has allied with a renegade Klingon faction, providing it with Ware drone fleets to mount an insurrection against the Klingon Empire. Archer sends Captain T'Pol and Endeavour to assist Reed in his efforts to free the captured officers. But he must also keep his eye on the Klingon border, for factions within the Empire blame Starfleet for provoking the Ware threat and seek to take revenge. Even the skill and dedication of the captains under Archer's command may not be enough to prevent the outbreak of the Federation's first war!

Purchase Live By the Code: