It's already been showing up on bookshelves, but today is the official release date for Kirsten Beyer's latest addition to the Voyager post-series novel-verse: Acts of Contrition!

Go download the e-book copy or grab the dead tree version today! And look below for the publisher's description and ordering links. By ordering through us, you'll be helping to support Trek Lit Reviews!

My review of Acts of Contrition. 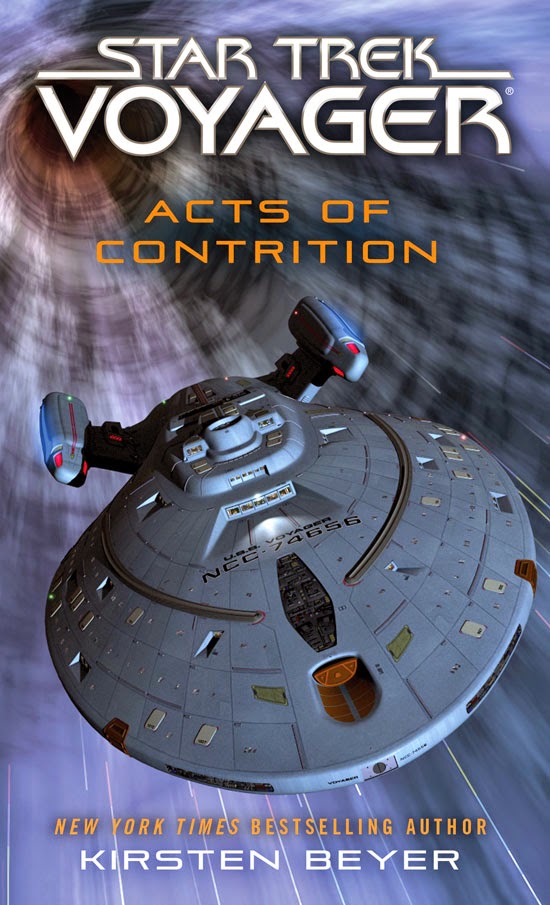 
Admiral Kathryn Janeway has now taken command of the Full Circle Fleet. Her first mission: return to the Delta Quadrant and open diplomatic relations with the Confederacy of the Worlds of the First Quadrant, a civilization whose power rivals that of the Federation. Captain Chakotay knows that his choices could derail the potential alliance. While grateful to the Confederacy Interstellar Fleet for rescuing the Federation starships from an alien armada, Voyager’s captain cannot forget the horrors upon which the Confederacy was founded.

More troubling, it appears that several of Voyager’s old adversaries have formed a separate and unlikely pact that is determined to bring down the Confederacy at all costs. Sins of the past haunt the crew members of the Full Circle Fleet as they attempt to chart a course for the future. Will they learn much too late that some sins can never be forgiven…or forgotten?