Okay, so I'm a day late with this one!

But yesterday was the official release date for one of the most anticipated novels of the year (by me, anyway!): Star Trek: Seekers #1: Second Nature by David Mack.

Following up on the tremendously good Vanguard series, Seekers follows the crews of the Sagittarius and Endeavour as they explore the vast Taurus Reach following the end of the Shedai threat.

Many have been finding this one on the shelf already over the past week, but it should be widely available now, including the downloadable e-book edition!

My review of Seekers #1: Second Nature 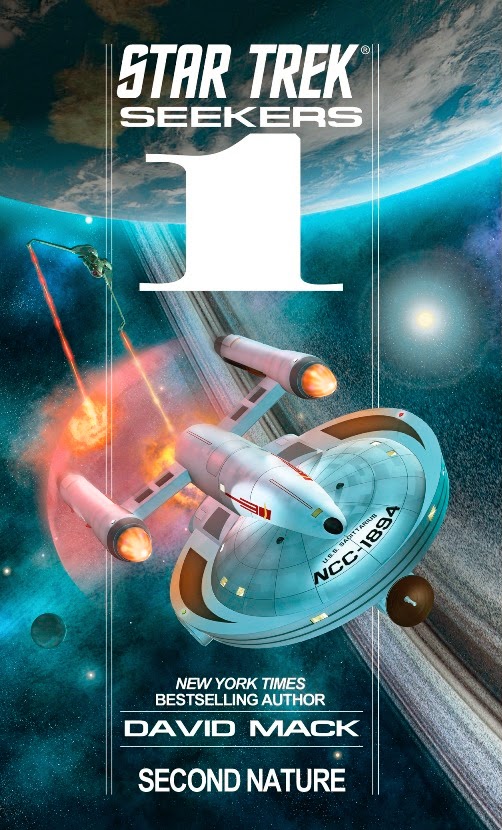 The late twenty-third century—Starfleet’s golden age of exploration. Desperate to stay one step ahead of its rivals, the Federation sends two starships, the scout Sagittarius and the cruiser Endeavour, to plumb the secrets of the vast region known as the Taurus Reach.

Drawn by mysterious energy readings to a lush green world, the crew of the Sagittarius find the Tomol: a species whose members all commit ritual suicide just as they reach the cusp of adulthood.

The crew of the Sagittarius wants to save the Tomol from their cycle of self-destruction, but first they’ll need to save themselves—from the most nefarious Klingon starship commander in history.

Previous Release: The Next Generation: The Light Fantastic
Next Release: Seekers #2: Point of Divergence