Hey everyone! A new feature here at Trek Lit Reviews will be a day-of-release announcement for all new releases, with a publisher's description and links to purchase. So, without further ado, here's this month's new release: Star Trek: The Fall: The Poisoned Chalice by James Swallow! The Poisoned Chalice is available now! Pick it up wherever books are sold, or download the e-book version.

My Review of The Poisoned Chalice 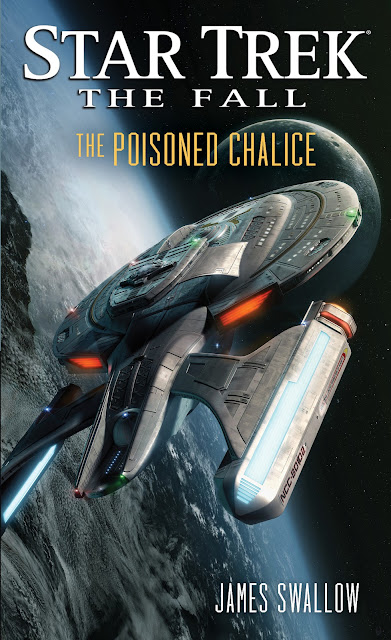 One simple act, and the troubles of the United Federation of Planets have grown darker overnight. The mystery behind the heinous terrorist attack that has rocked the Federation to its core grows ever deeper, and William Riker finds himself beset by rumors and half-truths as the U.S.S. Titan is ordered back to Earth on emergency orders from the admiralty. Soon, Riker finds himself drawn into a game of political intrigue, bearing witness to members of Starfleet being detained—including people he considered friends—pending an investigation at the highest levels. And while Riker tries to navigate the corridors of power, Titan’s tactical officer, Tuvok, is given a series of clandestine orders that lead him into a gray world of secrets, lies, and deniable operations. Who can be trusted when the law falls silent and justice becomes a quest for revenge? For the crew of the U.S.S. Titan, the search for answers will become a battle for every ideal the Federation stands for. . . .


Purchase The Fall: The Poisoned Chalice: