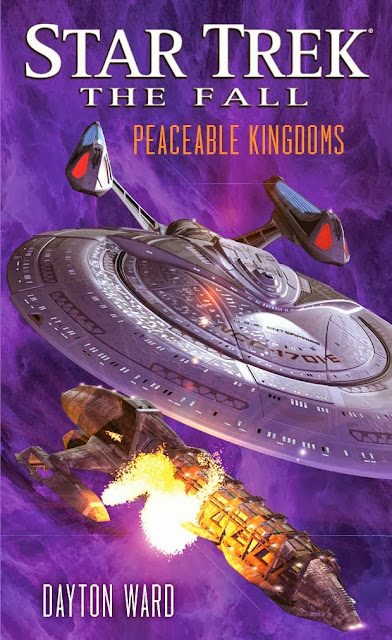 Following the resolution of the fertility crisis that nearly caused their extinction, the Andorian people now stand ready to rejoin the United Federation of Planets. The return of one of its founding member worlds is viewed by many as the first hopeful step beyond the uncertainty and tragedy that have overshadowed recent events in the Alpha Quadrant. But as the Federation looks to the future and the special election to name President Bacco’s permanent successor, time is running out to apprehend those responsible for the respected leader’s brutal assassination. Even as elements of the Typhon Pact are implicated for the murder, Admiral William Riker holds key knowledge of the true assassins— a revelation that could threaten the fragile Federation-Cardassian alliance.


Very interesting. I don't know about anyone else, but I'm incredibly excited to see where this all ends up. Stay tuned!