NEWS: Cover revealed for first book of The Fall!

The cover for David R. George's forthcoming inaugural book of the miniseries, The Fall, has been revealed. The first book, entitled Revelation and Dust, centers around the Deep Space Nine portion of twenty-fourth century TrekLit, and the cover is very pretty: 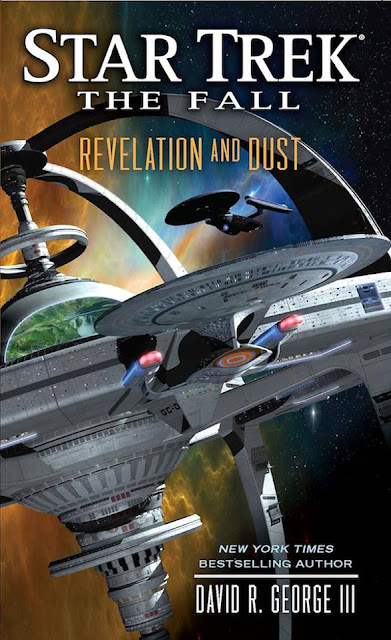 The first novel in an electrifying The Next Generation/Deep Space Nine crossover event!

The Federation is rocked to its core as the Typhon Pact is suspected of being behind a barbarous act that shatters the fragile peace of the Alpha Quadrant. An original Star Trek novel, this is part of a five-book story arc that takes place over a sixty-day period, but it’s not necessary to read each novel in order to follow the storyline, which involves all aspects of The Next Generation and Deep Space Nine universes.


Revelation and Dust is set to be released on August 27th. You can pre-order it from Amazon.com by following this link.

Check out all of the forthcoming releases in 2013 on my 2013 Releases page!