The Best of Both Worlds - Special Release blu-ray 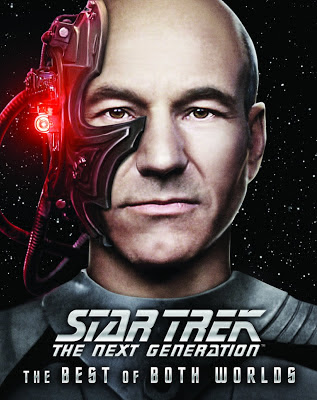 A bit more news from the non-book side of Trek. I don't normally post about the blu-ray releases, but this one is particularly exciting to me. On April 30th, CBS Home Entertainment is releasing a special edition blu-ray of the TNG two-parter "The Best of Both Worlds," combined into a feature-length release. I'm pretty excited about this one, especially after seeing the following trailer. The special features look very impressive!


You can pre-order "The Best of Both Worlds" blu-ray from Amazon.com by clicking here.

Also available from Amazon is the third season of The Next Generation on blu-ray. I've personally purchased the first and second seasons, and the quality of the remastering is really quite incredible. It does actually look as though the episodes were shot yesterday. You can pre-order season 3 by clicking here. The release date for this set is also April 30th.