From New York Times Bestselling Author Greg Cox, author of such fine Trek works as The Eugenics Wars novels, The Q Continuum trilogy, and this year's excellent No Time Like the Past, comes this month's new release: The Original Series: Foul Deeds Will Rise!

Foul Deeds Will Rise is available today in bookstores and for download to your Kindle, Kobo, Nook, or other favorite e-reading device! 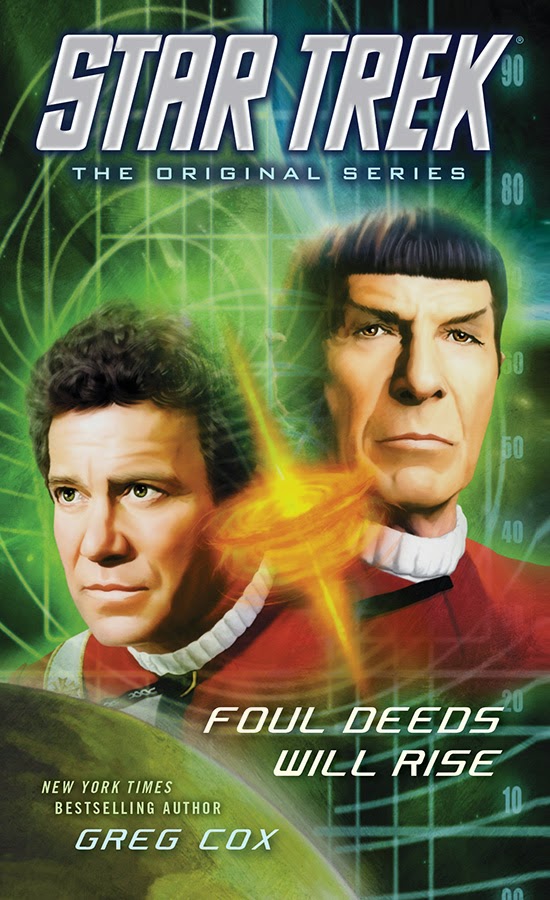 
2288. The U.S.S Enterprise-A is on a vital peacekeeping mission in a remote solar system beyond the boundaries of the Federation, where two warring planets—Pavak and Oyolo—are attempting to end years of bitter conflict. Crucial peace talks are being conducted aboard the Enterprise, even as Starfleet weapons inspectors oversee the disarmament process. Losses and atrocities on both sides have left plenty of hard feelings behind, so Captain James T. Kirk has his work cut out for him, even as he unexpectedly runs into a disturbing figure from his past: Lenore Karidian.