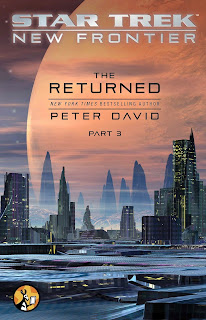 There are very few authors out there that can say they have worked for DC Comics, Marvel, and Dark Horse Comics, and have written almost every major comic book character at some point in their career and, to top it all off, have gotten to play in the Star Trek universe, creating completely new characters and working with the established to build his own Trek playground.

In the news segment, we talk about New Visions #8 as well as the release of the new James T. Kirk book.

Next episode: Literary Treks 120: Kathy and Coco are a Beach Boys' Song