Literary Treks 114: An Overabundance of Colons 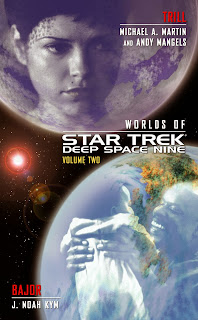 The Deep Space Nine novel Unity left the Trill people shaken to their very core with the revelation that the parasites were actually somehow related the symbionts. With the planet in turmoil, Julian Bashir and Ezri Dax travel to Trill in hopes of unraveling the mystery of the parasites and bringing peace to a planet on the brink of civil war.

In this episode of Literary Treks, hosts Matthew Rushing and Dan Gunther navigate the deep philosophical waters of Trill: Unjoined. We discuss the world building, a society of secrets, Star Trek genetics gone wrong, the universe being grey, class warfare, history, Julian and Ezri's relationship, and wrap up with our ratings.

In the news, we remind everyone that David Mack's Seekers #3: Long Shot is now available.