Check out the cover art and back cover blurb below, and as always, use the links to purchase Crisis of Consciousness from Amazon! 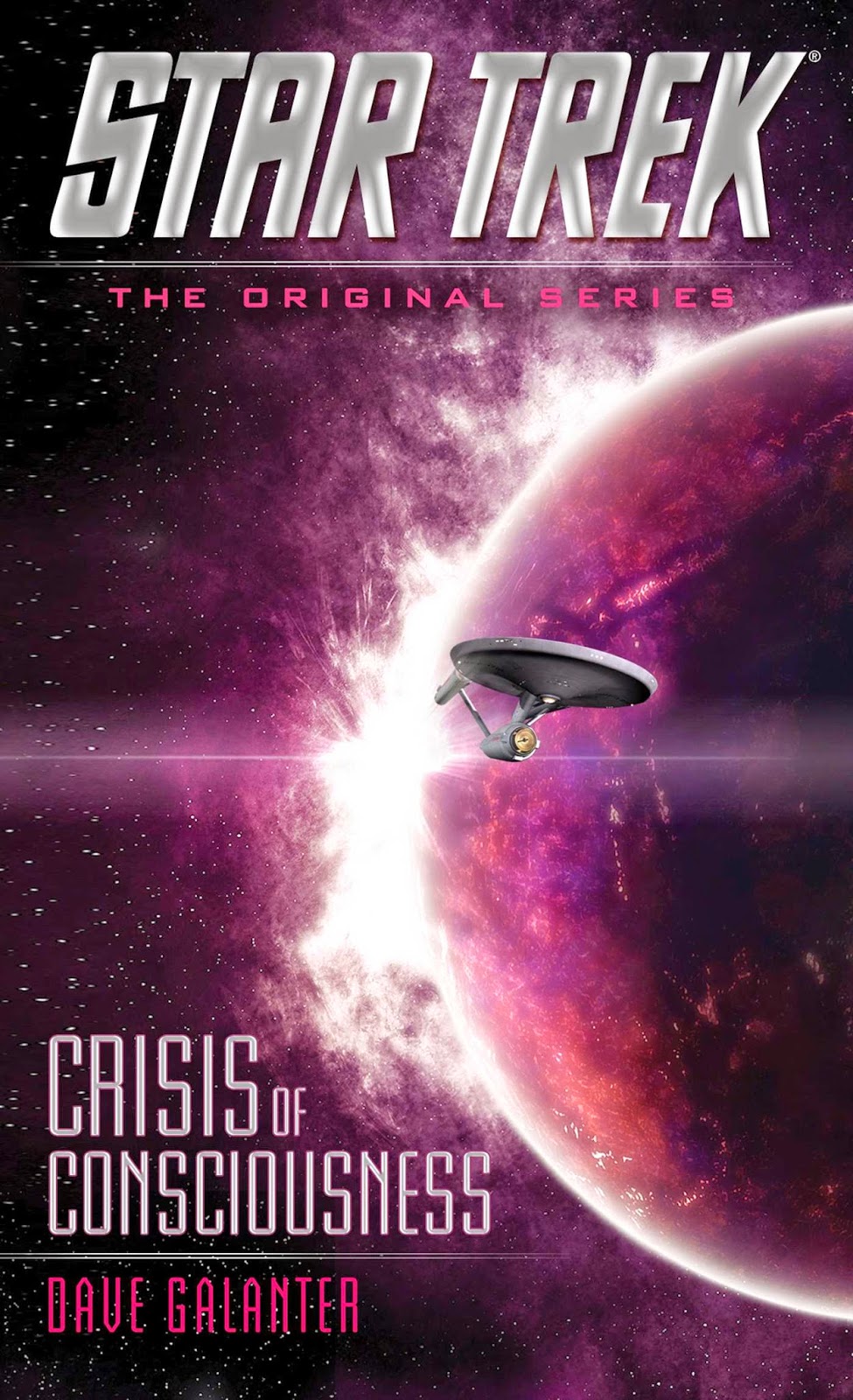 
The crew of the U.S.S. Enterprise is completing a diplomatic mission with the Maabas, an alien race with whom they’d been sent to sign a treaty. The Maabas are a peaceful people who are not native to the star system they now inhabit, but were refugees from a great war long ago. Several hundred thousand took shelter on their new planet, and have been there for thousands of years. While they have warp capability, they do not travel the stars, but seek to explore within. The Federation’s interest is in the Maabas’s great intellectual resources. Their science, while behind Federation standards in some areas, excels in others. They are highly intelligent, with unique approaches, and their philosophy is in line with that of the Federation. But just as the pact is signed, the Enterprise is attacked by an unknown ship. They manage to show enough force to keep the alien vessel at bay…but a new danger arises, as their mysterious foes are the Kenisians—a race that used to inhabit this planet thousands of years ago, and now want it back.

Previous Release: Enterprise: Rise of the Federation: Uncertain Logic
Next Release: The Next Generation: Armageddon's Arrow