In fact, Uncertain Logic has been showing up early on the shelves of a few bookstores around the world. For example, here in Canada, I managed to get my hands on a copy this past weekend: 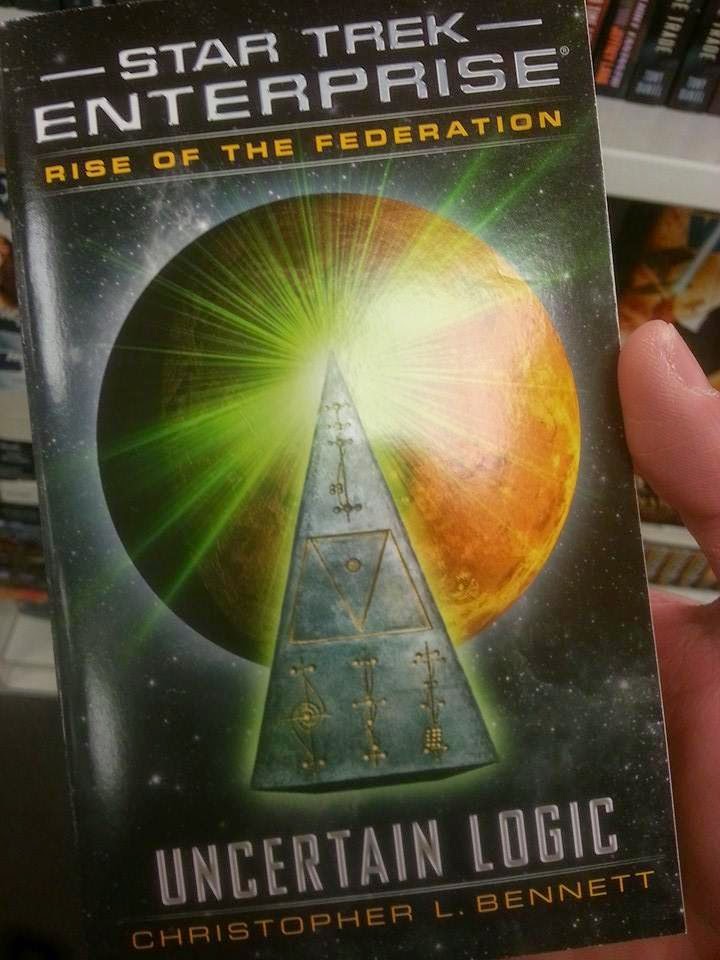 Click the links below to purchase Uncertain Logic from Amazon. You'll be helping out Trek Lit Reviews with each order!

My review of Uncertain Logic 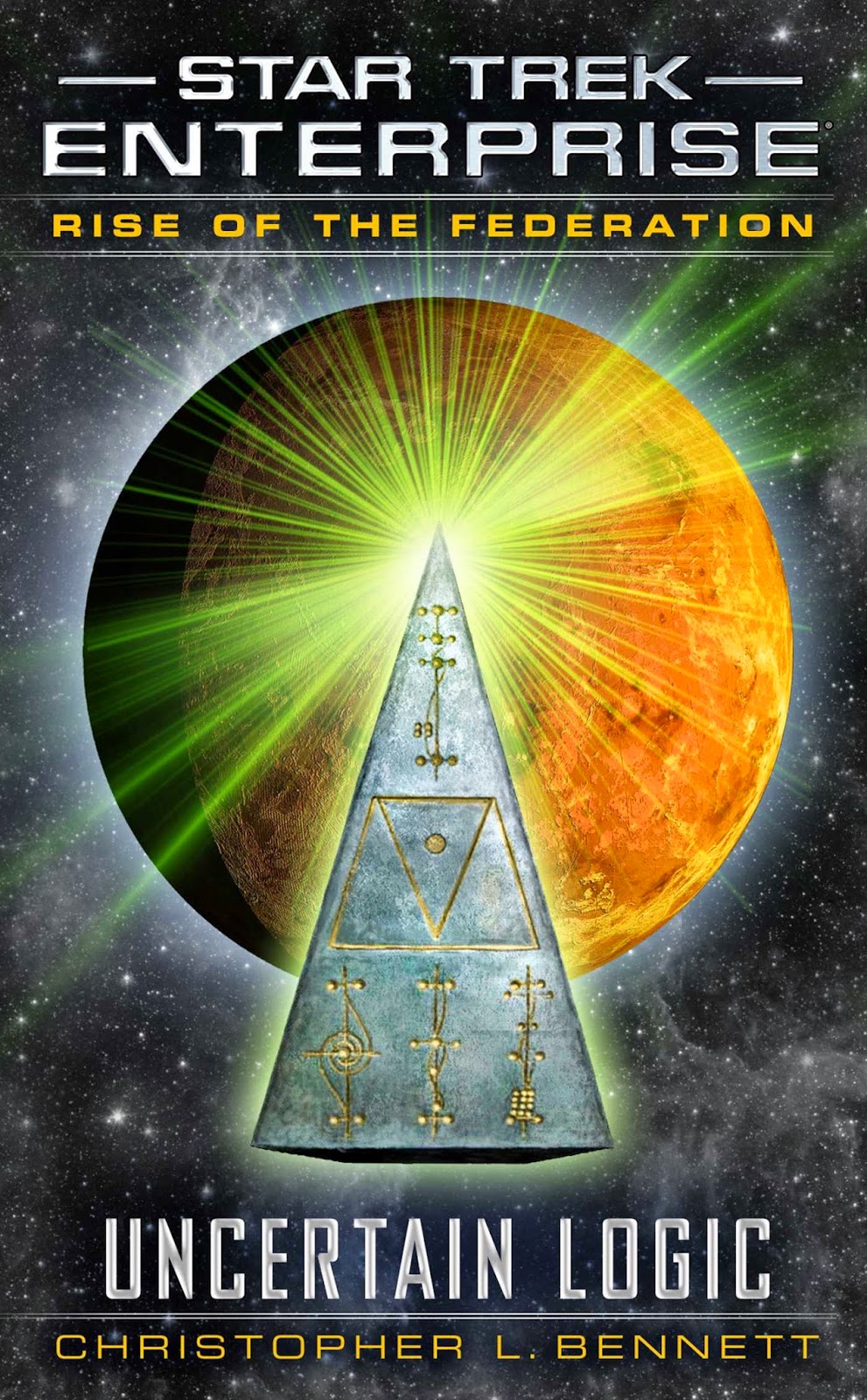 
Years ago, Jonathan Archer and T’Pol helped unearth the true writings of Vulcan’s great philosopher Surak, bringing forth a new era of peaceful reform on Vulcan. But when their discovery is seemingly proven to be a fraud, the scandal threatens to undo a decade of progress and return power to the old, warlike regime. Admiral Archer, Captain T’Pol, and the crew of the U.S.S. Endeavour investigate with help from their Vulcan allies, but none of them suspect the identity of the real mastermind behind the conspiracy to reconquer Vulcan—or the price they will have to pay to discover the truth.

Meanwhile, when a long-forgotten technological threat re-emerges beyond the Federation’s borders, Captain Malcolm Reed of the U.S.S. Pioneer attempts to track down its origins with help from his old friend “Trip” Tucker. But they discover that other civilizations are eager to exploit this dangerous power for their own benefit, even if the Federation must pay the price!