I hope everyone's holiday season has been spectacular so far!

Today, the cover for the upcoming Original Series novel, Savage Trade, has been revealed! Savage Trade is by author Tony Daniel, who penned 2013's Devil's Bargain. Look below for the newly-released cover art, as well as the back-cover blurb and links to preorder from Amazon. Savage Trade is set to be released on February 24th. 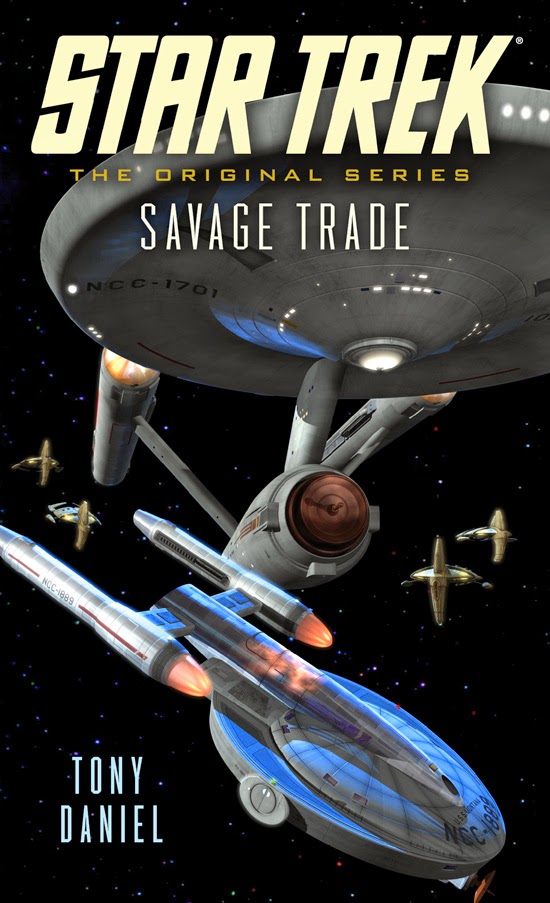 The U.S.S. Enterprise, under the command of Captain James T. Kirk, is en route to the extreme edge of the Alpha Quadrant, and to a region known as the Vara Nebula. Its mission: to investigate why science outpost Zeta Gibraltar is not answering any Federation hailing messages. When the Enterprise arrives, a scan shows no life-forms in the science station. Kirk leads a landing party and quickly discovers the reason for the strange silence—signs of a violent firefight are everywhere. Zeta Gibraltar has been completely raided. Yet there are no bodies, and the entire roster of station personnel is missing...