Lieutenant Paul Stamets, Discovery's astromycologist, uses the displacement activated spore hub drive to propel the starship at incredible velocities, much faster than conventional warp drive. However, things don't always go as planned, and the Discovery finds itself trapped in the mycelial network and cut off from the rest of the universe!

I'm a big fan of Dave Galanter's Trek novels, so I'm excited to get my hands on this one! 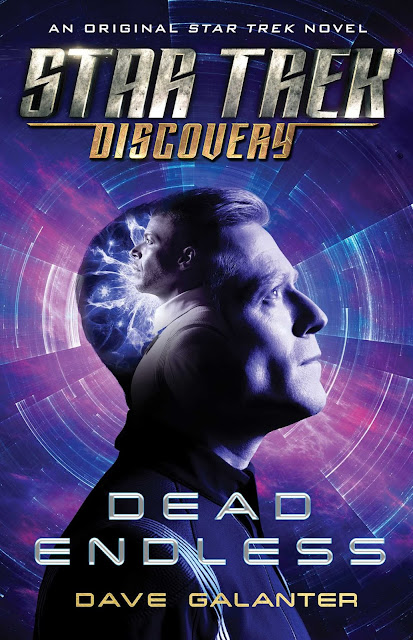 The U.S.S. Discovery's specialty is using its spore-based hub drive to jump great distances faster than any warp-faring vessel in Starfleet. To do this, Lieutenant Paul Stamets navigates the ship through the recently revealed mycelial network, a subspace domain Discovery can briefly transit but in which it cannot remain. After responding to a startling distress call originating from within the network, the Discovery crew find themselves trapped in an inescapable realm where they will surely perish unless their missing mycelial fuel is found or restored. Is the seemingly human man found alone and alive inside the network the Starfleet officer he claims to be, or an impostor created by alien intruders who hope to extract themselves from the mycelial plane at the expense of all lives aboard Discovery?