Release Day! Prometheus: In the Heart of Chaos

Star Trek: Prometheus
In the Heart of Chaos
by Bernd Perplies & Christian Humberg

This book has been showing up early all around the world (I already have my copy), but today is the official release date! 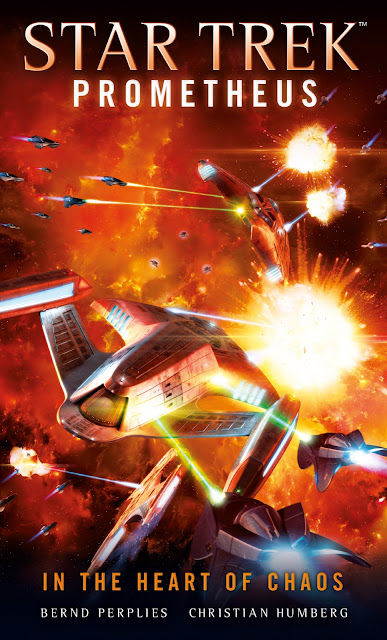 
The situation in the Lembatta Cluster is deteriorating rapidly. Fleets from the Federation and Klingon Empire are heading for the borders. The crews of the U.S.S. Prometheus and I.K.S. Bortas are racing against time to break the cycle of violence that is spreading through the Alpha Quadrant. Adams and Kromm are on the trail of a secret weapons facility, but instead discover an enemy from their pasts who seems utterly unstoppable. Together, they search for the answers to their questions, before the galaxy goes down in flames.

Purchase Prometheus: In the Heart of Chaos: