New Star Trek book day comes again! We have the first new Trek novel of 2021: Picard: The Dark Veil by James Swallow. Set aboard the U.S.S. Titan and featuring Captain Riker and his crew, The Dark Veil is just the second novel with the Star Trek: Picard banner.
Check out below for the back-cover blurb and links to purchase from Amazon! 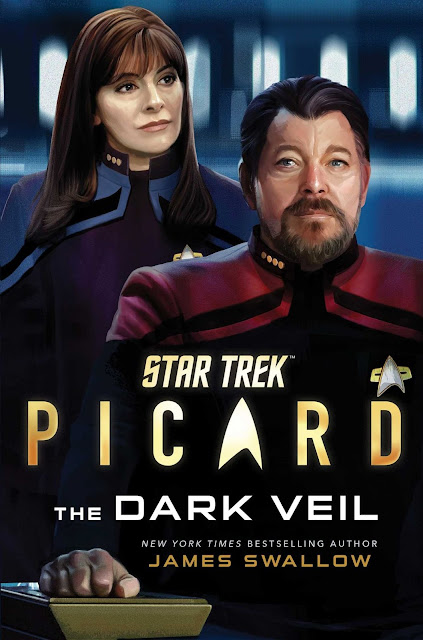 
A thrilling untold adventure based on the acclaimed Star Trek: Picard TV series!
The Alpha Quadrant is mired in crisis.

Within the United Federation of Planets, a terrorist strike on the shipyards of Mars has led to the shutdown of all relief efforts for millions of Romulans facing certain doom from an impending super­nova. But when the USS Titan is drawn into a catastrophic incident on the Romulan-Federation border, Captain William Riker, his family, and his crew find themselves caught between the shocking secrets of an enigmatic alien species and the deadly agenda of a ruthless Tal Shiar operative. Forced into a wary alliance with a Romulan starship commander, Riker and the Titan crew must uncover the truth to stop a dev­astating attack—but one wrong move could plunge the entire sector into open conflict!

Previous Release: The Original Series: A Contest of Principles
Next Release: Discovery: Wonderlands