Today sees the official release of the latest of the Star Trek-themed autobiographies: The Autobiography of Kathryn Janeway. Ostensibly written by the intrepid captain herself (but actually penned by the incomparable Una McCormack), the book tells the life story of the captain most famous for the adventures of the U.S.S. Voyager as it made its way back home after being thrown across the galaxy into the Delta Quadrant. 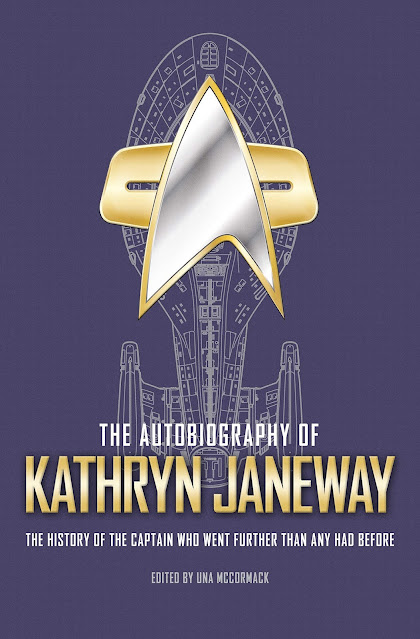 
Captain Janeway of the U.S.S. Voyager tells the story of her life in Starfleet, for fans of Star Trek.

Kathryn Janeway reveals her career in Starfleet, from her first command to her epic journey through the Delta Quadrant leading to her rise to the top as vice-admiral in Starfleet Command. Discover the story of the woman who travelled further than any human ever had before, stranded decades from home, encountering new worlds and species.

Explore how she brought together Starfleet and the Maquis as part of her crew, forged new alliances with species across the galaxy and overcame one of Starfleet's greatest threats - the Borg - on their own remote and hostile territory. Get Janeway's personal take on key characters such as Seven of Nine, her trusted friend Tuvok, new arrivals like Neelix and her second-in-command, Chakotay.

Purchase The Autobiography of Kathryn Janeway:

Previous Release: Voyager: To Lose the Earth
Next Release: TOS: A Contest of Principles