Chronicling the adventures of mirror-universe Philippa Georgiou after her crossover into our universe, Die Standing tells the story of her adapting to life in the prime universe and her efforts to rebuilt all that she has lost. 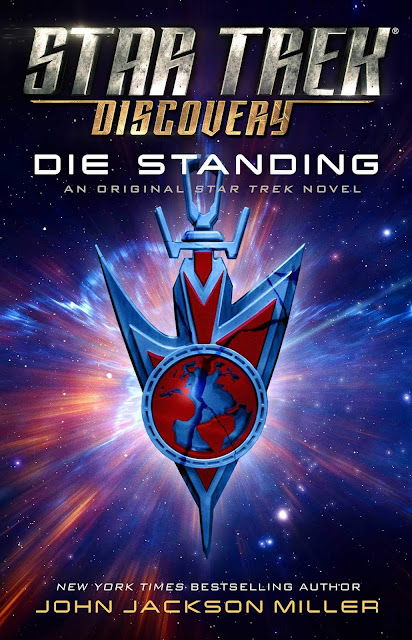 No one in the history of histories has lost more than Philippa Georgiou, ruler of the Terran Empire. Forced to take refuge in the Federation’s universe, she bides her time until Section 31, a rogue spy force within Starfleet, offers her a chance to work as their agent. She has no intention of serving under anyone else, of course; her only interest is escape.

But when a young Trill, Emony Dax, discovers a powerful interstellar menace, Georgiou recognizes it as a superweapon that escaped her grasp in her own universe. Escorted by a team sent by an untrusting Federation to watch over her, the emperor journeys to a region forbidden to travelers. But will what she finds there end the threat—or give “Agent Georgiou” the means to create her old empire anew?