A new Star Trek novel has been officially released: The Original Series: The Higher Frontier goes on sale today!

This movie-era novel by the veteran Trek author features the return of the Medusans ("Is There in Truth No Beauty?") and a faceless, extradimensional threat! 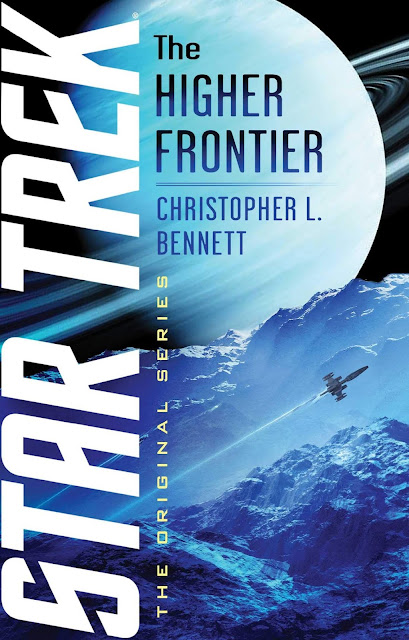 Investigating the massacre of a telepathic minority, Captain James T. Kirk and the crew of the U.S.S. Enterprise confront a terrifying new threat: faceless, armored hunters whose extradimensional technology makes them seemingly unstoppable. Kirk must team with the powerful telepath Miranda Jones and the enigmatic Medusans to take on these merciless killers in an epic battle that will reveal the true faces of both enemy and ally!