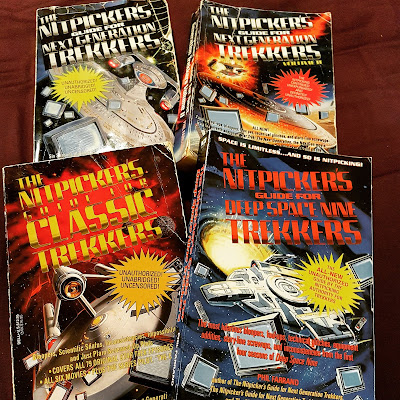 Many people think of nitpicking as a disrespectful act. If you enjoy a show, why pick it apart? I, however, would contend that if you love someone, it is actually a compassionate act to tell them about the dab of mustard on their upper lip! Such is the idea behind the Nitpicker's Guides, books that attempted to catalog and describe each and every error in a number of Star Trek series, be they continuity errors, equipment oddities, changed premises, or just general goofs.

In the news segment, we talk about Big Finish and their Prometheus audiobooks, and review two new comics: what looks to be the final issue of New Visions, and Star Trek: Discovery: Succession #3.