Literary Treks 134: Are We On the Millennium Falcon? 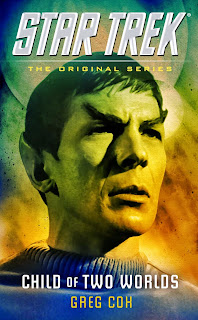 2015 has been a banner year for Star Trek literature. With just one more book to talk about, we go back to where it all began: The Space Ship Enterprise under the command of Captain Christopher Pike. An incident involving a young woman torn between two worlds may lead to open conflict with the Klingon Empire!

In this episode of Literary Treks, hosts Matthew Rushing and Dan Gunther talk about the last new book of the year, Child of Two Worlds. We discuss exploring Spock, another child of two worlds, "The Cage" era, media, mobs and violence, and our ratings.

In the news section, we announce some news about the upcoming year and look back at our favorite books of 2015.