We have a new cover to show you today: To be released on December 30th, it's Deep Space Nine: The Missing by Una McCormack! Check out the impressive cover art by Doug Drexler below, and read the publisher's description. This one sounds like it's going to be good! But then, when are Una McCormick's novels not terrific?

As always, links are included below to pre-order The Missing from Amazon. Ordering using these links helps out Trek Lit Reviews. So, thank you!

The cover art has been tweaked slightly to great effect (in my humble opinion)! Gone is the weird purple background in favor of a much more contrast-y black. Looks much better! 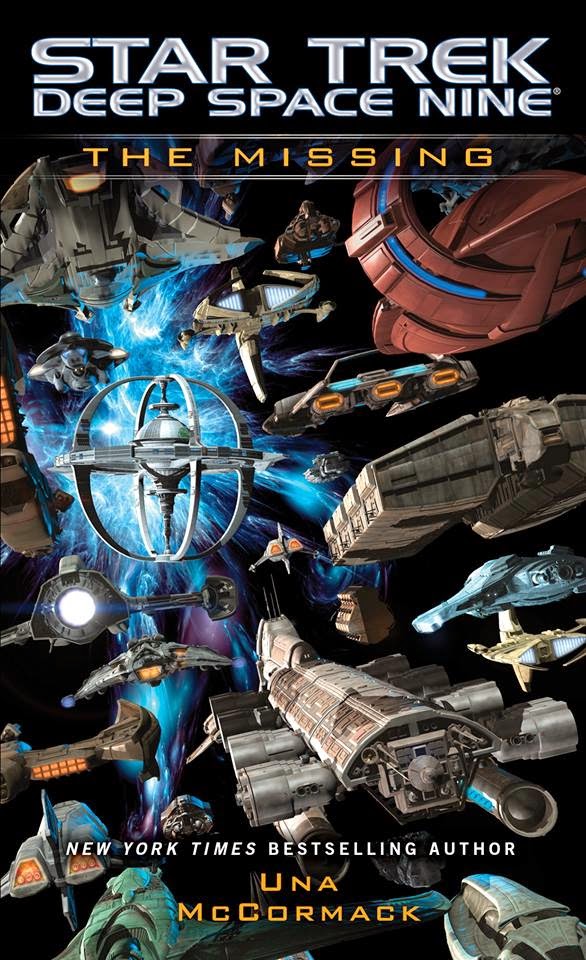 The entire sector is waiting to see what the newly reopened Bajoran wormhole will mean for the shifting political landscape in the Alpha Quadrant. On Deep Space 9, Captain Ro Laren is suddenly drawn into the affairs of the People of the Open Sky, who have come to the station in search of sanctuary. Despite the opposition of the station's security officer, Jefferson Blackmer, Ro Laren and Deep Space 9's new CMO, Doctor Beverly Crusher, offer the People aid. But when Dr. Crusher’s highly secure files are accessed without permission—the same files that hold the secrets of the Shedai, a race whose powerful but half-understood scientific secrets solved the Andorian catastrophe—the People seem the likeliest suspects.

As tensions rise on the station, the science vessel Athene Donald arrives as part of its journey of exploration. The brainchild of Doctor Katherine Pulaski, this ship is crewed by different species from the Khitomer Accords and the Typhon Pact. Pulaski’s hope is that science will do what diplomacy has not: help the great powers put aside their hostilities and work together. But when the Athene Donald is summarily stopped in her voyage by the powerful vessel of a hitherto unknown species, Pulaski begins to wonder—will this first contact bring her crew together or tear them all apart?