GORGEOUS new cover for David Mack's A Ceremony of Losses!

Hey everyone, another new cover has been revealed today, this time for David Mack's entry in The Fall, A Ceremony of Losses! Check it out: 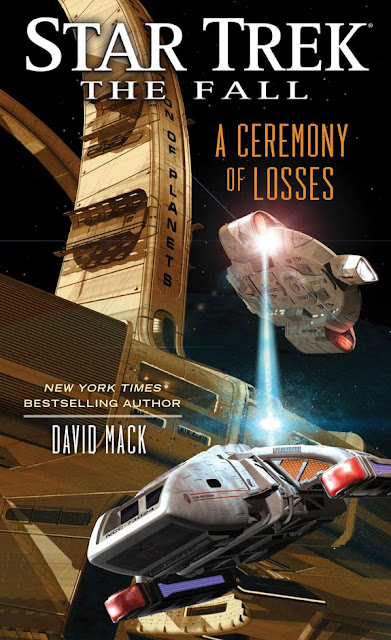 A Ceremony of Losses is scheduled for release on October 29th. Looking forward to this one!

Despite heroic efforts, the Andorian species is headed for extinction. Its slow march toward oblivion has reached a tipping point, one from which there will be no hope of return. With countless lives at stake, the leaders of Andor, the Federation, and the Typhon Pact all scheme to twist the crisis to their political gain—at any price. Unwilling to be a mere bystander to tragedy, Doctor Julian Bashir risks everything to find a cure for the Andorians. But his courage will come at a terrible cost…